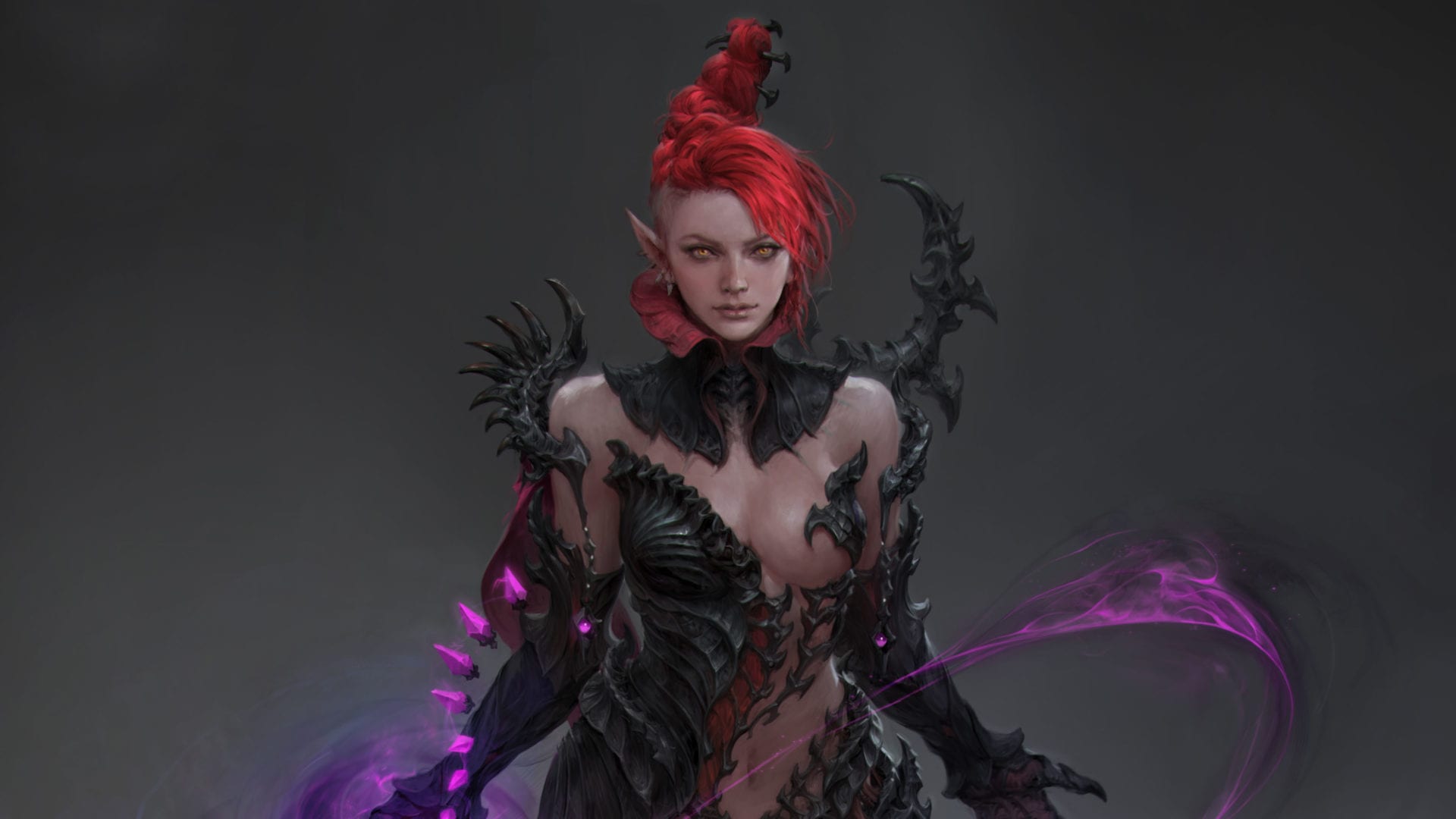 Today, during a preview event that Twinfinite attended, Blueside and Gameforge revealed the first new class that will be added to Kingdom Under Fire 2 after release.

The new class is the Dark Sorceres. She is an “evil and very powerful character” using a combination of cold and darkness to wreak havoc on her enemies.

You can seeher full artwork at the bottom of the post.

Another piece of new content coming to the game after launch is a16-player raid involving a battle against a dragon boss.

Even better, we learn that this new content will be made available to all players that purchase the game for free.

Gameforge promided that it won’t take a long time for the Dark Sorceress and the Raid to be implemented.

If you’re unfamiliar with Kingdom Under Fire 2, here’s an official description directly from Gameforge.

“Kingdom Under Fire 2 is set in a world where three powerful factions — the Human Alliance, Dark Legion, and Encablossians — compete for control over the land of Bersia. Players can choose from several hero classes and focus on building up their individual characters, or command massive armies as war strategists.

If you’d like to see more of Kingdom Under Fire 2, you can check out a trailer showcasing the spellsword class, another focusing on the gunslinger, one showing battle gameplay.

The game launches on PC on November 14.