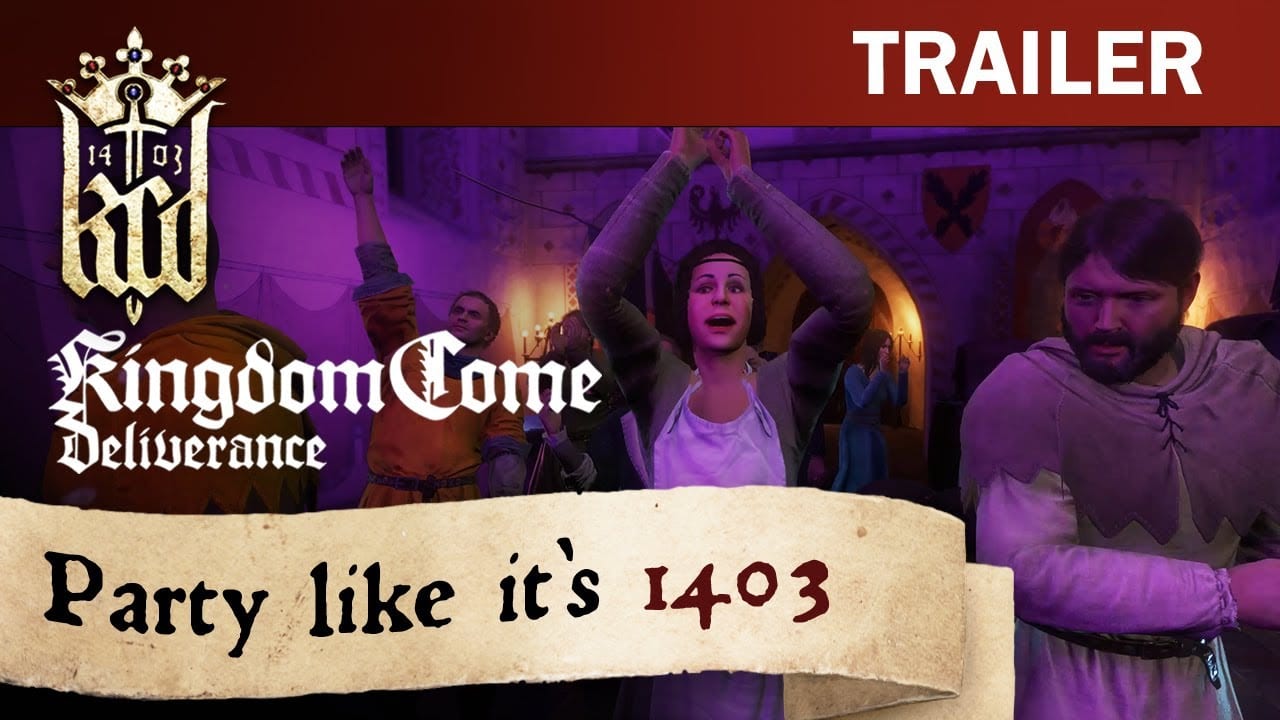 Kingdom Come Deliverance’s long-anticipated mod support finally arrived earlier this week. A new comprehensive set of modding tools should enable enthusiasts to deliver all sorts of exciting overhauls moving forward. Rightly so, Warhorse Studios recognizes this is a cause for celebration and so they’ve released a hilarious video to that effect.

“Party Like it’s 1403” takes us inside the walls of a proper Bohemian shindig. We’re not exactly sure it’s adhering to historically accuracy in quite the same way as the actual game, but who cares about all that?

We have already written up a news post detailing the modding tools released for Kingdom Come Deliverance, which you can read here. Essentially, it gives players a platform to design quests via a builder called SKALD, edit scripts, access a modified version of Cry Engine Sandbox Editor, as well as the game’s raw code.

Hopefully, that means it won’t be too long until we see overhaul mods as in other open-world games such as Skyrim.

If you’d like to check out the best mods already available for the game (not developed with this latest toolset), then check out Nexus Mods’ list here.