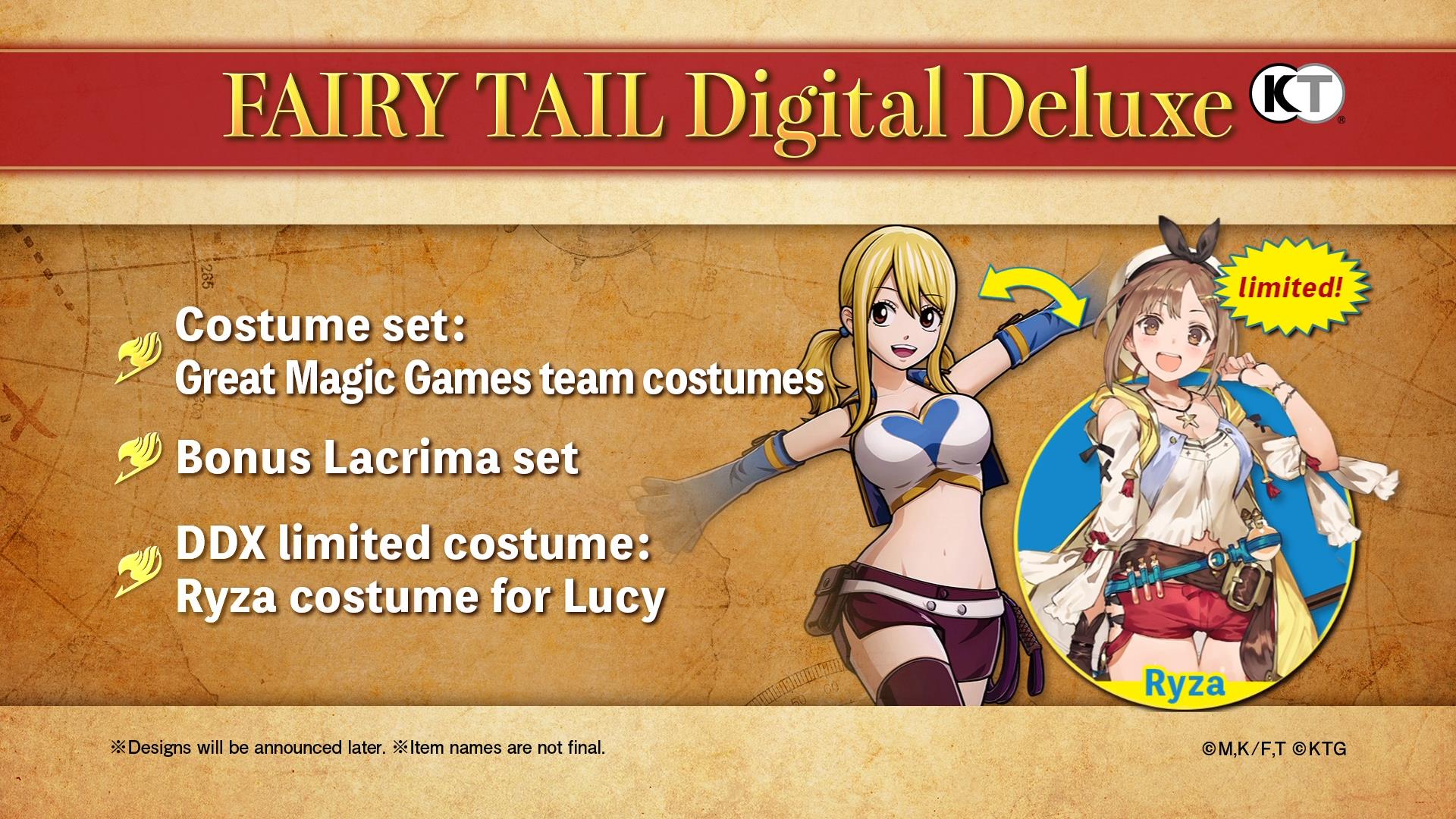 Today’s issue of Weekly Famitsu came with an article about Koei Tecmo’s upcoming Fairy Tail JRPG, including some interesting information.

We get to see more of the battle system. The Fairy Tail series is known for battle against strong enemies won at the last second. Those skills and abilities that have saved the day in the anime will appear in the game as well.

The “Unison Raid” combines two characters’ magical powers. Each specific combination of characters has its own unique animation.

A character can also “awaken” when they receive damage past a certain threshold. Their abilities will be greatly improved for a certain time.

Some characters can also use “Mode Change” when their awakening is available, activating special powers.

On top of that, when attacking in combo, Makarov has a chance to provide support with his “Super Magic.”

We also get the reveal of five new playable characters from other guilds. We’ll be able to include Kagura Mikazuchi, Ichiya Vandalay Kotobuki, Sherria Blend, Sting Eucliffe, and Rogue Cheney in our party.

If you want to learn more you should definitely read our interview with producer keisuke Kikuchi.

Recently, Koei Tecmo showcased plenty of gameplay from EGX, and you can watch it here, on top of a recent trailer.

You can also check out the original announcement trailer, gameplay footage from Tokyo Game Show, and a gallery of screenshots, and the latest batch introducing Juvia and Gajeel.

Fairy Tail will be released for PS4, Nintendo Switch, and PC via Steam in 2020 both in Japan and in the western markets.