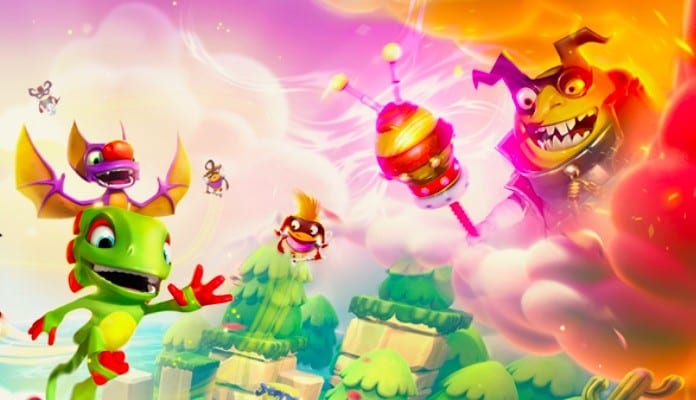 Finding all 20 chapters in Impossible Lair’s overworld can be quite the hassle, making you solve puzzles and search every nook and cranny. If you’re trying to figure out how to unlock chapter 8 in Yooka-Laylee and the Impossible Lair, here’s what you need to do.

Alright, to start things off, you’re going to want to talk to the first giant fan in the green area after Trowzer’s second paywall.

To get to the first of the two components that he needs, just head right and pay 500 quills at the nearby cage.

To get the second component, head to a cage that is to the north past a maze of fans that will blow you in several different directions.

Keep going north and up the first set of stairs and then jump onto the raised platform in the center. Now, push the moveable crate down and into the path of the fans. The fans will then blow the crate to the pressure switch.

Once the crate is moved onto the switch, the fans will then turn off, allowing you to safely cross the path. Once you’re at the second cage, all you have to do is pay up 500 quills to get the second component.

Carry the components back to the fan and he will start blowing again, activating chapter 8 and then you can use the switch that’s right next to him to transform the chapter.

To sum things up, here’s how to unlock chapter 8 in Yooka-Laylee and the Impossible Lair