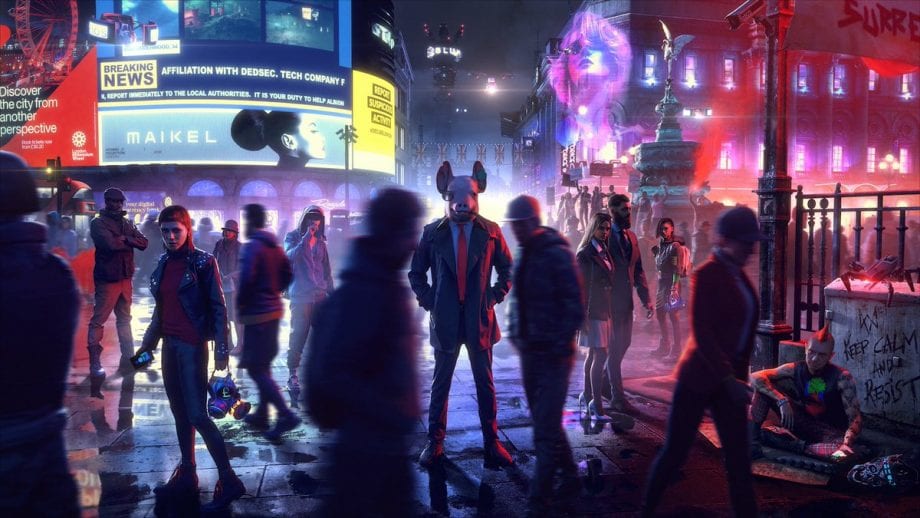 Ubisoft is delaying Watch Dogs: Legion, Gods and Monsters, and Rainbow Six Quarantine, which it now plans to release in the following fiscal year between April 2020 and March 2021. This, in combination with poorer than expected performance from both its recent Tom Clancy licensed games, means a major revision in nonIFRS operating income projections for fiscal 2019-2020, reduced by around €430 million.

The news comes by way of Ubisoft’s quarterly financial report press release and the company’s quarterly conference call, in which we hear that the aforementioned three AAA games will now be polished for the next generation instead.

Of particular note is his recognition of the poor critical reception of Ghost Recon: Breakpoint, which, along with first-week sales he called “very disappointing.” He went on to identify three key reasons for the game’s poor performance.

He blames a difficulty in producing a sequel to a live service game and calls for more time between releases. Secondly, he speaks of Breakpoint’s change in formula which has been “strongly rejected” by a substantial portion of the community. Lastly, Breakpoint “did not come in with enough differentiation factors, which prevented the game’s intrinsic qualities from standing out.”

Ubisoft also mentioned during the investor call that The Division 2 underperformed, too.

It seems Guillemot isn’t willing to jeopardize on quality and make the same mistakes with Ubisoft’s next wave of games. He explains:

In this overall context, we have decided to postpone the releases of Gods & Monsters, Rainbow Six Quarantine and Watch_Dogs Legion until 2020-21. While each of these games already has a strong identity and high potential, we want our teams to have more development time to ensure that their respective innovations are perfectly implemented so as to deliver optimal experiences for players.

While this is obviously going to make a huge difference to the company’s bottom line over the next six to twelve months, Guillemot speaks of secondary activities and opportunities that will keep the company moving forward in the meantime:

“We are investing to develop our franchises and PRI, to fully tap the potential of the mobile market, to accelerate our growth in Asia and esports, and to reap the benefits of our brands ownership in the context of the rise of streaming and the multiplication of platforms. These opportunities are powerful drivers for our future topline and profitability growth.”

In related recent Ubisoft company news, the publisher is planning to turn its popular IPs into animated TV series.