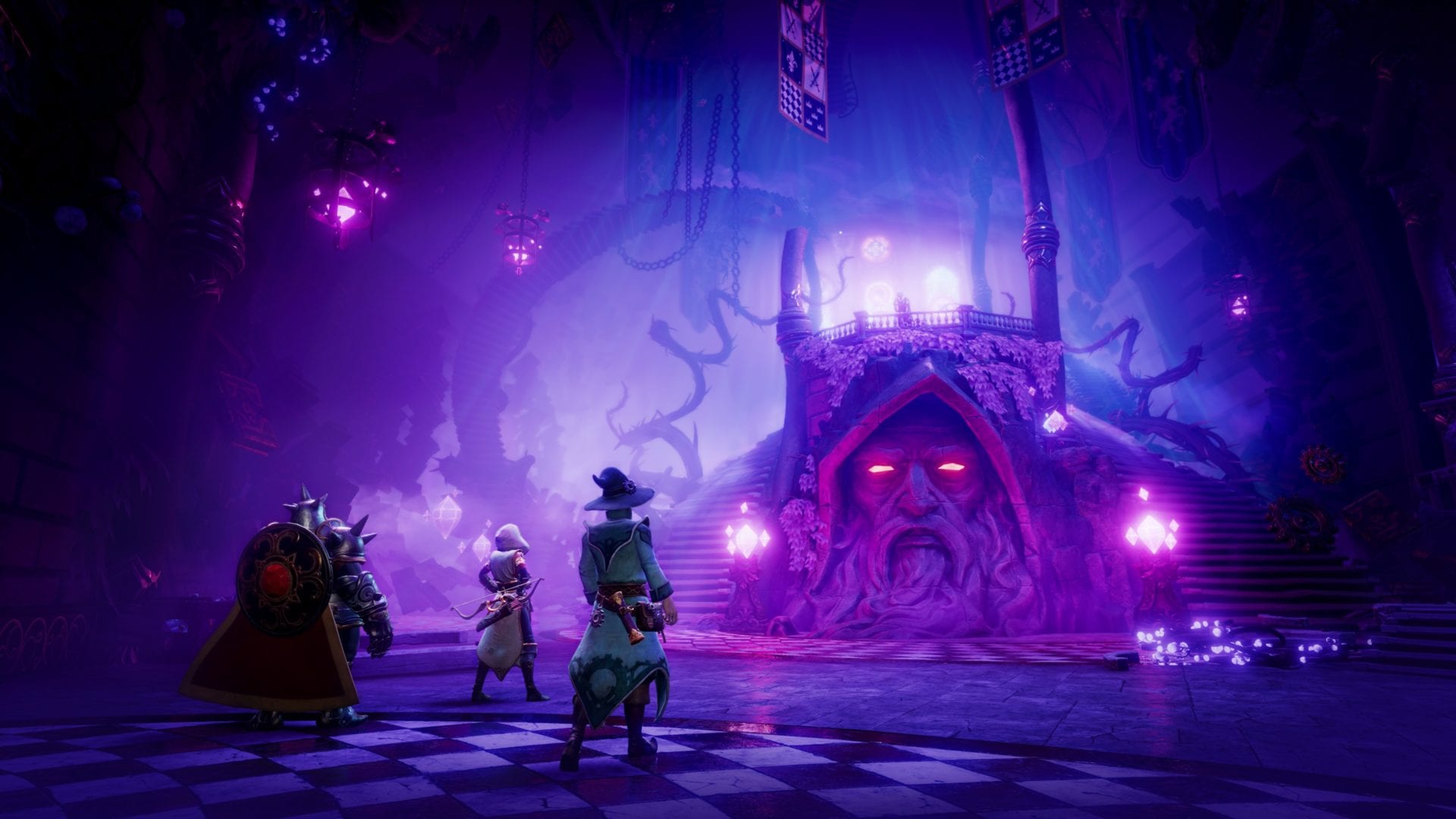 Trine 4: The Nightmare Prince on PlayStation 4

Video game sequels don’t always need to make radical changes to push the series forward. Developer Frozenbyte knows this lesson better than most after their attempt to take Trine 3D in its last outing didn’t pan out too well.

Trine 4: The Nightmare Prince marks a return to the series’ side-scrolling roots that fans have been hankering for, and they’ll be glad to discover that the developer’s decision to focus on honing an already superb formula rather than trying to reinvent it has resulted in the series’ best game yet.

The opening sequences of Trine 4’s campaign are a familiar affair. Like a children’s fairy tale, there’s not a great deal more substance to the story other than an excuse to tee up another enchanting adventure.

Amadeus the box-summoning wizard, Pontius the sword-wielding Knight, and Zoya the thief with her bow and grapple are once again forced together by circumstances beyond their control, this time to retrieve a troublesome Prince whose meddling with powers beyond his control has caused havoc across the kingdom.

It’s a light-hearted narrative that sets the tone for a relaxing gameplay experience reminiscent of the first two games, which were wonderful in their balance of engaging puzzle mechanics and silky platforming. The return to 2.5D has certainly rekindled this dynamic which is so important to the Trine series.

But there’s more to the fourth game than retreading a comfortingly familiar path. Frozenbyte has introduced a host of small changes that weigh up to some big improvements. New abilities for all three characters have added a greater depth to every facet of the gameplay experience.

Trine’s combat, which has long been in need of attention, feels more tactile and polished this time around. Though he’s still best equipped to do so, Pontius is no longer the only viable choice of character when it comes to dealing with enemies; Zoyas elemental arrows and Amadeus’ levitation and amusing bouncing ball wizardry see to that. So too do several other abilities you’ll be able to equip according to your preference thanks to skill tree, which disappeared in Trine 3 and now makes a welcome return.

I’m pleased to see greater diversity in enemy types, too, which was a sore point in previous Trine games. Now, different types of melee and ranged enemies means more variation in attack patterns, and boss encounters are also more interesting.

But even still, don’t expect too much nuance. Combat very much serves as a palate-cleanser between puzzle sections, especially given that when each encounter occurs, the rest of the level is walled off, separating it from the natural flow of each level. I think more time could have been invested to integrate combat with more finesse.

Ultimately, Trine 4 still lives by its puzzle gameplay, and it’s here that the fourth game really excels and reaches a series’ high for innovation and complexity.

Puzzle-solving in Trine games has always centered around a clever physics-based engine, and that remains the case here. But the aforementioned new character abilities, as well others like Amadeus’ blink and Pontius’ dream shield have really allowed Frozenbyte to get much more creative.

Puzzles now routinely require outside the box thinking, combining different hero abilities and platforming techniques. Zoya’s ice arrows, for example, might be required to freeze a section of water so that Amadeus can place a summoned box that allows Pontius to position his Dream Shield to reflect a beam of light that activates a door unlock.

My only complaint would be that many of these ideas are repeated one too many times throughout each level. But as a co-operative experience, they really sing, requiring some hilarious and often chaotic co-ordination, which you can now do with up for four players both online and on the couch.

Importantly, there’s never one way to do things, which I’ve always loved about Trine games. You’re constantly discovering new ways to manipulate the game often finding solutions that I’m sure the developer never intended. And because it never feels as though there’s a right or wrong way of doing things, there’s real satisfaction in feeling as though you’ve cleared a stage by winging your way through it, almost cheating the system. It’s magic.

Somehow, I’ve managed to avoid talking about Trine 4’s graphics until this stage of the review, which if you’ve ever played a single game in the series you’ll know that takes some doing. But now it’s time to gush: Trine 4 is utterly gorgeous. It might even be among the most beautiful games I’ve ever played, realizing the sort of fantasy environments that used to fill my head as a child reading Terry Prattchet, C.S Lewis, and Disney fairytales.

The aesthetic is even more fantastical and charming this time around, too, given that you’re spending the majority of your adventure traversing through the dreams –and nightmares– of various characters in the game. From Cinderella-looking castles full of strange curiosities to enchanted forests housing all manner of whimsical creatures, Trine 4 constantly amazes.

Overall, though, Trine 4 feels like an admission that the series’ big innovations piqued with the second game and that all future Trine efforts are to remain within those founding constructs. I’m fine totally with that and glad for the return to the side-scrolling design that suits the Trine formula best. I do, however, feel that to truly exceed the brilliance of those original two games, the fourth outing needed to be near-perfect across all areas.

Ultimately, it just falls short. Combat is better but still far from great, and while puzzles are often brilliant there’s a fair amount of repetition and inconsistency in their difficulty scaling. Also, while I’ve never played Trine for its story, I would have liked just a little more depth and cohesion to the plot.

That being said, Trine 4 is still a triumph and I wouldn’t hesitate to recommend it to series veterans or newcomers. While it might be a little conservative and still suffer from pitfalls that held back previous games in the series, Trine 4 is one of the best puzzle-platformers you’ll play this generation.

Should you Buy Trine 4: The Nightmare Prince?

Trine 4 is absolutely a recommended game to purchase, offering a gameplay experience that’s entertaining both in single and multiplayer. It’s the best in the series, which veterans and newcomers will enjoy equally.

Trine 4: The Nightmare Prince launches on Oct. 8 for PlayStation 4, Xbox One, Nintendo Switch, and PC.

Trine 4: The Nightmare Prince is by Frozenbyte, a Finnish indie developer best known for the Trine series.