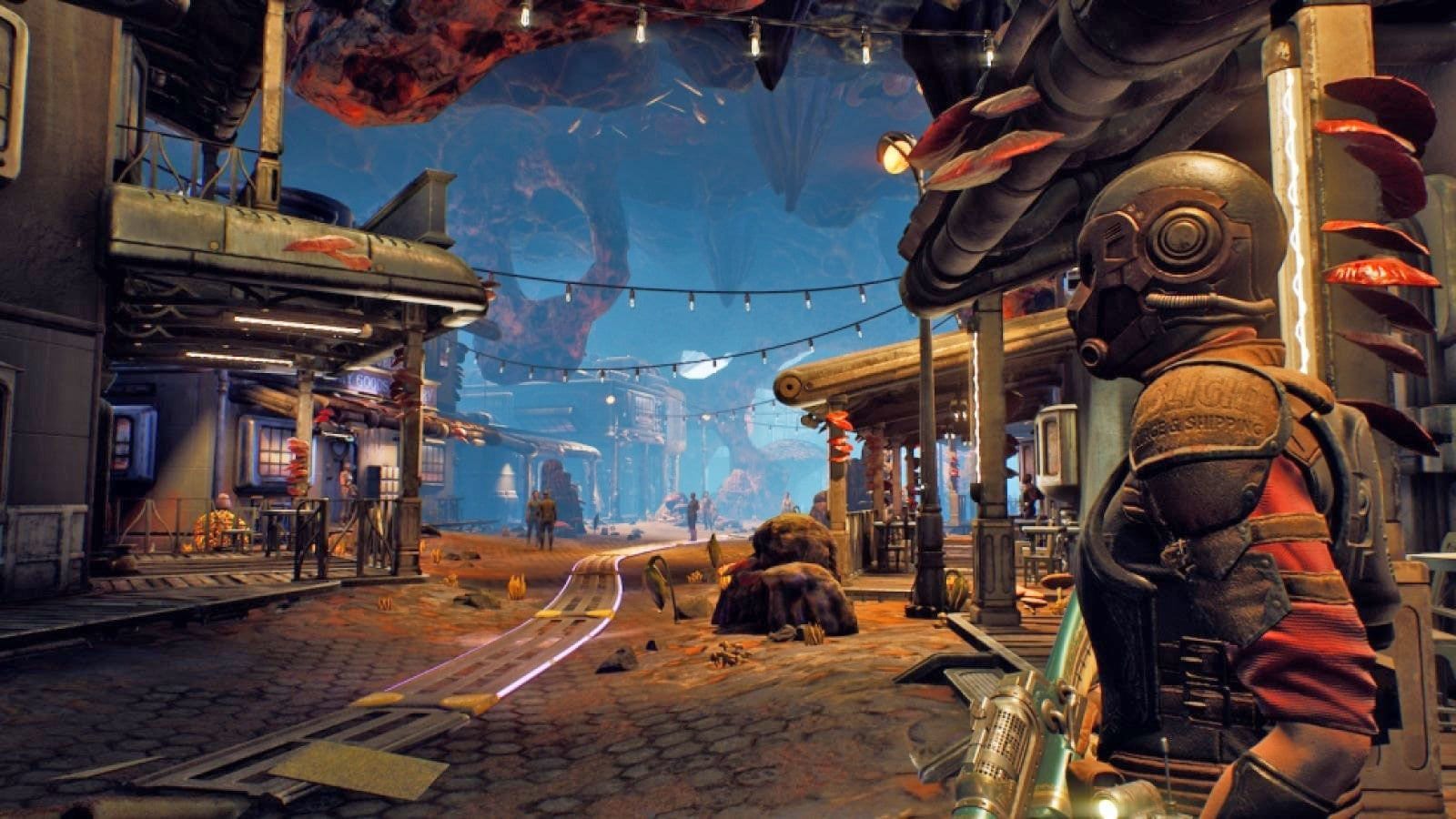 Update10/16: Following the publishing of this article and a related news story, publisher Private Division has put a statement out that the PS4 Pro version of The Outer Worlds will indeed be enhanced. This goes against what they had previously told some members of the press including Twinfinite that there would be no enhancements. You can see Private Division’s statement below and you’ll be able to judge for yourself on Oct. 25.

The Outer Worlds is just over a week away from release. Soon, players will be able to explore a sprawling galaxy, level up their character, and make friends (or enemies) with the game’s various factions. While some things will remain a secret until players have a chance to properly dive into the game, we do know how The Outer Worlds will make use of the Xbox One X and PS4 Pro’s extra power. Well… the Xbox One X’s at least.

That’s because according to a Private Division PR representative, The Outer Worlds won’t actually be getting any enhancements when running on a PS4 Pro.

Microsoft’s counterpart, on the other hand, the Xbox One X, will at least benefit from a 4K resolution to really help those foreign planets pop with detail.

Why is there this disparity between the two? It remains unclear. From all of the outlets who have reached out regarding PS4 Pro and Xbox One X enhancements for The Outer Worlds, seemingly nobody got an explanation.

While the reasoning isn’t really all that important, the fact that there’s now a disparity in performance between these supercharged consoles raises a bit of an issue for players themselves.

When they were announced, both the PS4 Pro and Xbox One X touted third-party support.

Granted, it was never promised to be a compulsory feature that developers had to implement, but for the most part up until this point, most developers and publishers have made use of that additional power in one way or another to improve the experience for those who splashed out on the half-step towards the next generation.

With The Outer Worlds completely ignoring PS4 Pro, the question of whether these consoles really offer bang for the buck to consumers is more prevalent than ever.

Up until this point, no other game has been enhanced for one of these consoles and not the other. It resulted in a level playing field.

Everyone who owned either a PS4 Pro or an Xbox One X (myself included) knew what they were getting themselves in for. Whether PS4 Pro or Xbox One X owner, we were all in the same sort of mildly-enhanced boat that made our scenery look a little prettier.

With The Outer Worlds only getting the 4K treatment on Xbox One X, though, that mildly-enhanced boat just got a little divided.

Now, for whatever reason, those who shelled out on Sony’s 4K capable console are left experiencing the game the exact same way those who have the standard system will, jadedly looking on at Xbox One X owners who can prance through the alien meadows in glorious 4K.

Whether this was some sort of agreement between Microsoft and its newly-acquired studio, Obsidian Entertainment, in the negotiations of the latter joining the former’s roster of first-party studios is unclear.

However, it does seem mighty convenient that the game is enhanced for Xbox One X, releasing on Xbox Game Pass on day one, and yet completely ignores the PS4 Pro, and is the first instance of this happening to-date since the consoles launched.

Of course, nothing is confirmed and that’s just us speculating.

If that is the case, though, Microsoft may feel like they’ve made a good move. After all, those looking for an optimal experience will see the Xbox One X as the go-to for The Outer Worlds and in the future also.

In the long-term, though, it doesn’t do a whole lot to install faith in these supercharged consoles going forward.