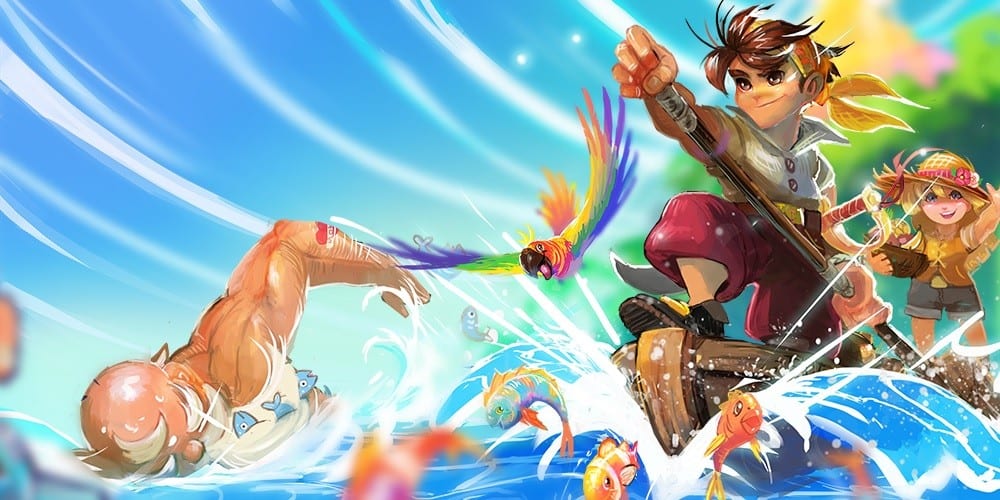 The simulation genre has made significant strides over the last decade. Titles like Stardew Valley, Story of Seasons, and My Time at Portia have carried on the Harvest Moon legacy, proving that these farming games aren’t as niche as they once seemed.

With Stranded Sails, developer Lemonbomb Entertainment looked to make the next leap forward for the genre, placing a unique emphasis on its open-world exploration.

The game starts out telling the story of an eager young adventurer that is all set to join their father’s crew on a quest to explore an undiscovered snowy region.

With the hope of riches and new experiences fueling their sails, you journey through a large city toward your father’s ship.

On that brisk walk, Stranded Sails shows a glimpse of one of its most glaring issues, as the only inhabitants that make up the city are apparently the father’s crew. No other NPCs can be found, despite the fact that this seemingly sprawling city could be home to plenty of wealthy inhabitants, giving off a feeling that the area was unfinished.

While the emptiness feels out of place at the start, it can easily simply be written off as a jumping-off point to start the expedition.

It isn’t long after the ship is mysteriously shipwrecked in a Bermuda Triangle-like accident that signs of a pattern emerge.

After the accident, your character wakes up stuck on their own small island, tasked with finding the rest of their crew spread about the many different islands in the game.

Traveling to different islands in search of your new friends may sound exciting to most simulation fans but it isn’t long before it is clear that the game really only has one main objective.

Instead of featuring gameplay variation, usually done through mining, gift-giving, or side quests, every task that is completed in Stranded Sails relates back to the main quest.

This lack of variety wears thin rather quickly, as there is only a certain amount of fetch quests and crafting objectives you can complete for your undeserving shipmates before you lose your mind.

Since story progression is the only option in this game, with no relationship building or side objectives, you repeatedly use your raft to travel back to these lifeless isles while your stamina bar quickly drains throughout.

The stamina bar in general is a constant, annoying battle, as you’ll fight against it with just about every task in Stranded Sails.

Whether fishing, farming, or even simply walking, you’ll find yourself eating the limited food rations you have rather quickly, still wishing there was more stamina to be had all the while.

While this does provide a bit of a challenge amongst the otherwise simplistic gameplay, it limits exploration in this open-world title considerably.

It really is a shame that Stranded Sails’ gameplay and world ended up being so empty, as its concept shows such promise at the outset.

Instead of opting for the usual starting point of building up your character and earning money, the game integrated a survival theme that has yet to be explored in the simulation genre. The game fails to capitalize on this idea though, leaving only ideas of what could have been floating around its stranded seas.

Simulation & farming fans will likely want to skip this title, unless they are dying for something new to play until a notable game in the genre is released.

Should you Buy Stranded Sails?

If you’re dying to play a simulation-style farming game, and don’t mind a bit of repetition, Stranded Sails isn’t going to cost you an arm and a leg at $29.99. Anyone looking for the next Stardew Valley or Harvest Moon though will be disappointed.

Based out of Germany, this independent video game developer is relatively new in the industry, though there are a handful of projects in the works. Stranded Sails is their most prolific release to date.