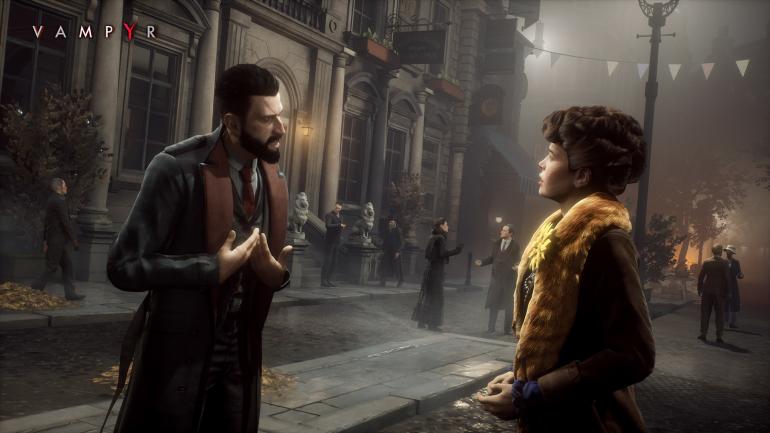 The team that provided the Switch port of The Witcher 3, Saber Interactive, is the same one that’s allowing players to experience vampirism on the go.

For those who don’t know, Vampyr sees players assume the role of Dr. Jonathan Reid in a dark and magical interpretation of 1918 London.

Reid returns home after serving in World War I only to find the city filled with inexplicable horrors and mysterious disease.

After becoming a vampire, it is up to the player to choose whether or not Reid will uphold his oath as a healer, or feed on those he should be saving.

Drinking the blood of the citizens can quickly strengthen Reid’s new abilities, but sacrificing the city’s denizens for power can have terrifying consequences.

Each life matters in the game’s various districts, but it’s up to the player to decide if some actually matter more than others.

The Vampyr Switch launch trailer below provides a glimpse into this twisted version of post-war London:

If this is your first foray into this supernatural depiction of London, you can have a look at our guides and review for Vampyr to get you ready for what’s to come.