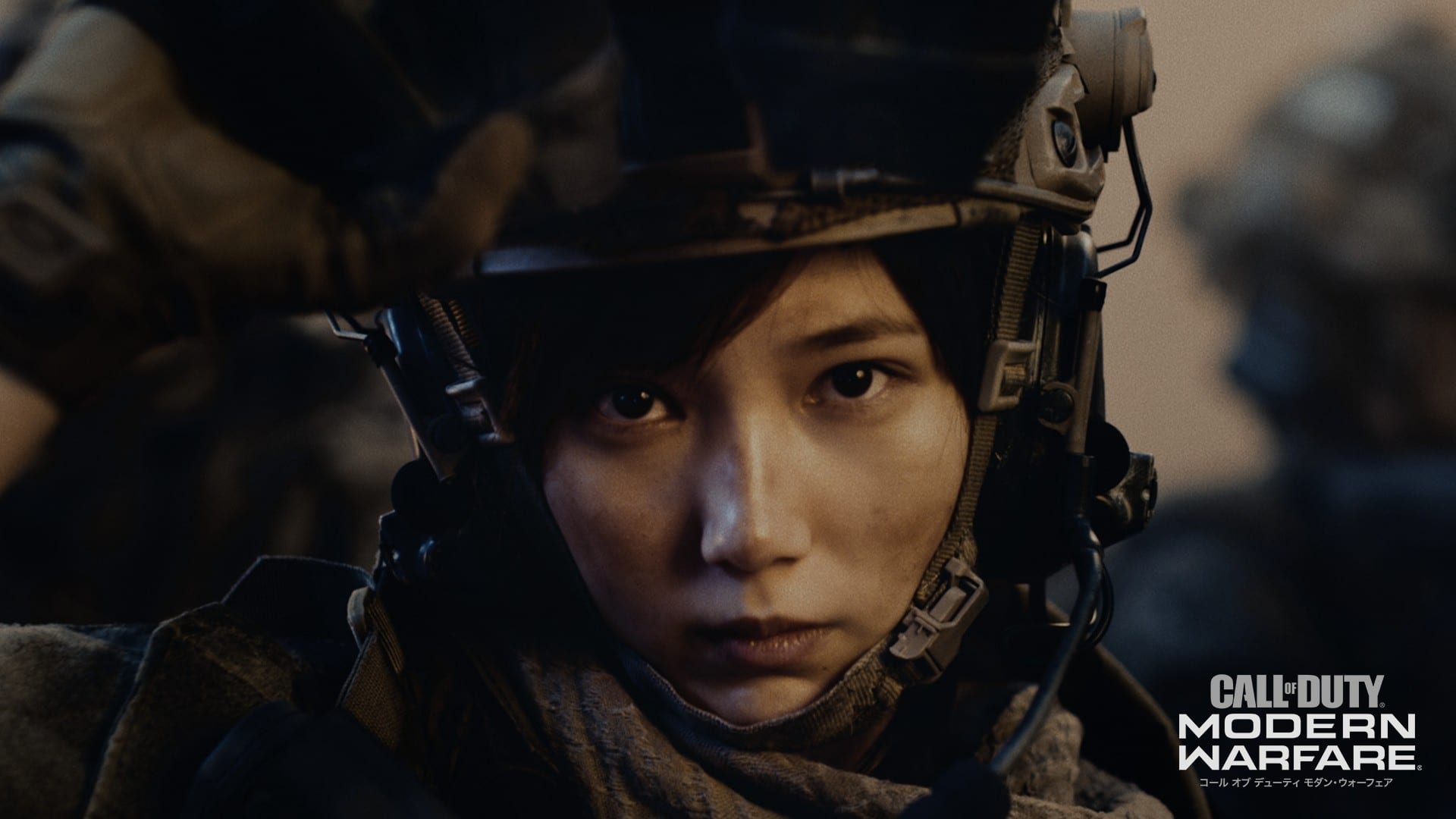 Japanese commercials tend to be quite different from western ones, and this applies to video games as well. Sony and Activision just released the live-action promotional video of Call of Duty: Modern Warfare that will be aired on local TV stations.

The commercial doesn’t put the accent on brawny soldiers and explosions all over the place, but sets the tone with an atmospheric and quiet shot of actress Tsubasa Honda.

While action does ensue, it’s almost doubtlessy very different from the live-action trailer that’s bound to come soon in the west.

Honda-san is a rather famous actress in Japan, having starred in plenty of TV Dramas, movies, and commercials.

You can check it out below, alomgside a “making-of” video showing how the video was shot and including comments from Honda-san herself.

If you want to see more of the game, you can enjoy the launch trailer that was released a few days ago, and another focusing on the Special Ops mode.

You can also enjoy the multiplayer reveal trailer and an extensive gameplay video.

Call of Duty: Modern Warfare releases on October 25 on PC, PlayStation 4, and Xbox One. It’ll be interesting to see if it’ll repeat the groundbreaking success of its predecessor.