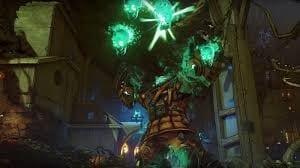 The Borderlands 3 Halloween event is finally underway, which means that players can now take part in the brand new Bloody Harvest event and tackle its challenges. Here’s how to beat Captain Haunt in Borderlands 3.

To get to Captain Haunt, you’ll first need to obtain 25 Hecktoplasms, which are simply obtained by killing Haunted enemies found across the planets.

Haunted enemies will spawn randomly in the world, but if you’re looking to farm them, you can find them more frequently in these areas:

Once you have your 25 Hecktoplasms, take them back to Maurice on Sanctuary and he’ll open a portal that takes you to Heck. Head inside, and make your way through the areas while killing the enemies.

Along the way, you’ll need to kill a total of three Keymasters to keep progressing. Keymasters will spawn as you kill more enemies, so just keep shooting away.

After killing all three, you’ll finally reach Captain Haunt himself. He’s a fairly easy enemy to kill, and shock damage will work well against his shields.

As the battle progresses, adds will appear to protect him, and you’ll need to take them out first before you can keep damaging him. Rinse and repeat until he’s dead.

To sum up, here’s how to kill Captain Haunt in Borderlands 3:

That’s all you need to know about how to beat Captain Haunt in Borderlands 3. Be sure to check our Borderlands 3 guide wiki for more tips and information on the game.