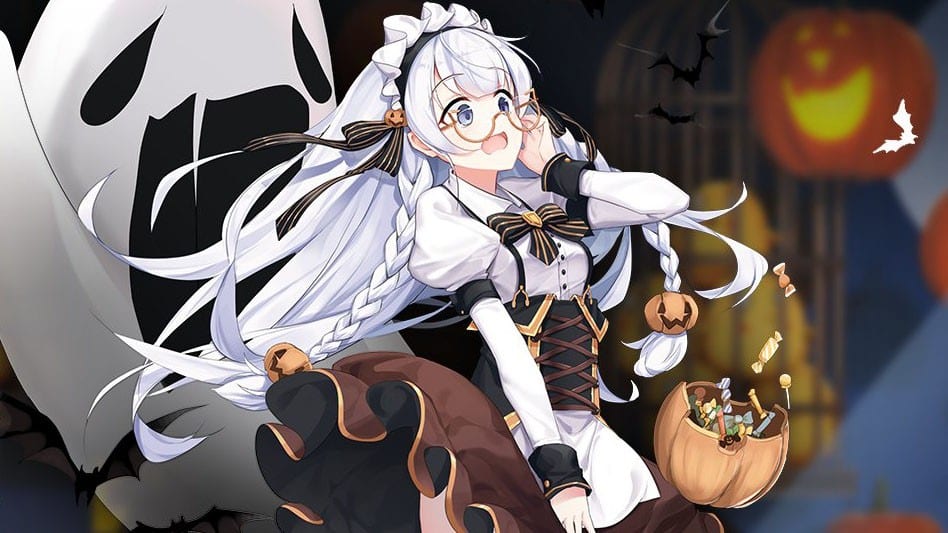 Halloween is coming, and mobile games normally unleash tons of costumes and goodies to celebrate. The shipgirl waifu-focused title Azur Lane is no exception.

The official western account of the game already confirmed two skins for Edinburgh and Erebus.

I guess it’s really unsurprising that Erebus is getting a Halloween skin.

We’re also getting a new submarine, U-110, alongside her school attire skin, and a new destroyer, Smalley.

Obviously, the developers believe that we don’t have enough Fletcher-class destroyers in the game.

The livestream dedicated to the Japanese servers AzuSta also shared more details, showing a skin for Abercrombie and the set of rental skins, which will include the one for Edinburgh mentioned above on top of older skins for Ayanami and Cleveland.

We also get a video teasing an event coming at the end of October to the Japanese servers, with four possible themes: baseball, school, idols, or destroyers.

Another Halloween skin for Memphis was showcased on the Weibo account of the Chinese servers, but it’s highly unlikely that we’ll get it in the west, coinsider that we don’t have Memphis herself.