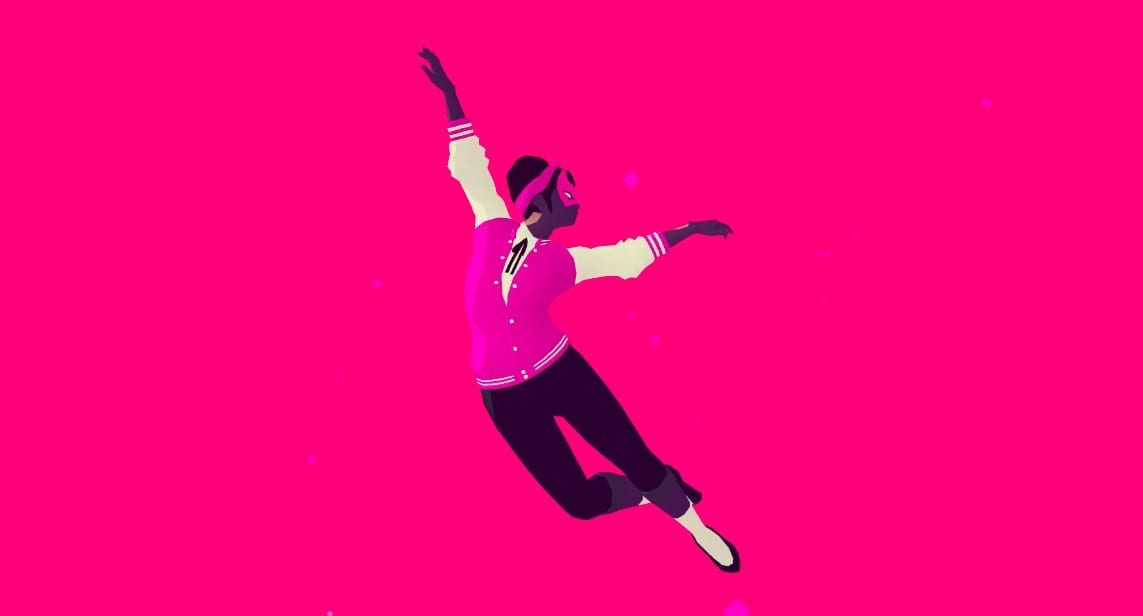 When Sayonara Wild Hearts was first announced last year atthe Game Awards, I was immediately drawn in by the anime-esque art style, dreamy visuals, and all of the neon colors.

Of course, the pop soundtrack also helped in getting my attention and now that I’ve actually played and completed Sayonara Wild Hearts, I can say that it’s one of the best rythm-action games I’ve ever experienced.

It’s a hard game to talk about without sounding like someone who just woke up from a hazy fever dream full of women in masks riding motorcycles and fighting with big anime swords.

But that’s exactly what Sayonara Wild Hearts feels like. As you start the game, you play as a young woman who has just experienced one of the worst things that could happen to a person: heartbreak.

As she falls out of love, the balance of the entire universe begins to change and becomes disoriented and disturbed. She is then led to a highway in the sky where she finds her other self: a masked biker called The Fool.

The game is presented in multiple stages with each level having a different song attached to it with a catchy title like Heartbreak, Forest Dub, and Laser Love.

The majority of each stage has you moving your finger left and right to slide your character on the screen. You have to dodge obstacles and collect items that help boost your ranking, which there three levels of: Bronze, Silver, and Gold.

Some stages will have you flying in the air, others will have you atop a stylish motorcycle and then in another stage, you’ll be driving a pink-colored car through a desert highway –it’s awesome how things can change so quickly.

And this isn’t a “jack of all trades, masters of none” type situation, no. Every stage’s mechanics still work as well as the other and the simple controls feel excellent.

Out of the 20 or so stages, there was only one that I had an issue with but this was quickly remedied after going into the settings and increasing the sensitivity of the movements.

I had trouble in the beginning of the game trying to collect everything and getting a high score because I couldn’t move my fingers fast enough, but once you go into the settings, the game feels smoother than ever.

It’s also worth mentioning that I typically never play games on my phone but this one just sucked me in immediately with its visuals. The game really pops on my iPhone X.

I took about an hour or maybe an hour and a half to fully complete all of the stages. My headphones plugged in the entire time, I felt like a took some kind of spiritual journey.

The presentation, sound design, character designs, and even the narrative all took me by surprise how well it all melded together.

Even though the game is pretty short, there are incentives to keep playing such as high ranks and two hard-to-get collectibles in each of the stages.

I do wish that the game was a bit longer just because I had such a fun time with it and I didn’t want it to end. The soundtrack is amazing (I’m listening to it right now), and this game is a must-play for anyone that enjoys trance or any other kind of J-pop or K-pop music.

Sayonara Wild Hearts is a fantastic little game that will blow your socks off from the first minute of playing. From start to finish, it’ll take you on a wild ride that is simply unforgettable.

Should You Buy Sayonara Wild Hearts?

If you are someone who likes pop music and action-rhythm games, I highly recommend this title.

Sayonara Wild Hearts is developed by Simogo, a team that primarily focuses on PC and mobile games such as Year Walk, SPL-T, and The Sailor’s Dream.