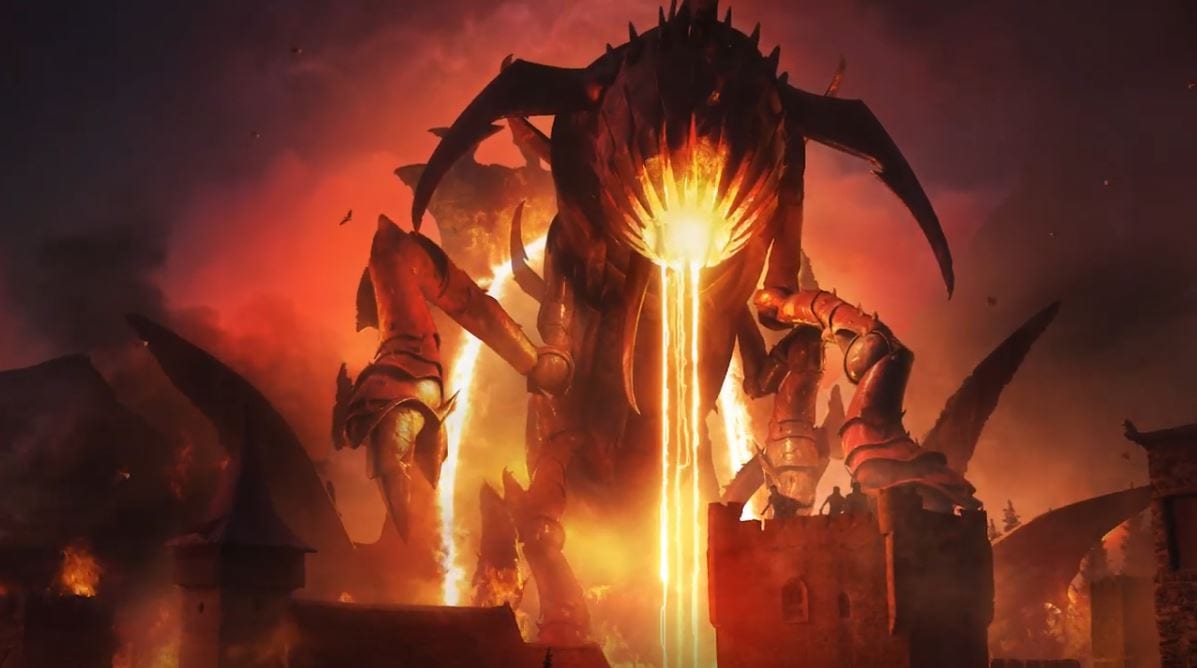 Announced today, The Elder Scrolls: Legends is bringing Mehrunes Dagon’s Daedric plane of Oblivion into the action in the new Jaws of Oblivion expansion.

It’s yet another expansion for a game that’s been receiving a ton of content in 2019, with two expansions released within five months, bringing the total to four for the year already.

Jaws of Oblivion brings 75+ new cards to the game. Additional content is as follows:

Players who pre-order the expansion will receive 50 Jaws of Oblivion card packs once the set releases, one legendary pack, and the new title, “The Herald.”

Today’s announcement was paired with a trailer that sets the stage for Oblivion, which you can check out below.

The Jaws of Oblivion pack is the fourth pack released in 2019, following the Moons of Elsweyr, Alliance War, and Isle of Madness expansion packs. Since it’s release in 2017, Elder Scrolls: Legends has released eight total expansions, with the lion’s share of content releasing this year; the growth shows no signs of stopping.

The Jaws of Oblivion expansion will be available in The Elder Scrolls: Legends for PC, iOS, and Android on Oct. 8.

In June, the virtual strategy card game released the Moons of Elsweyr expansion, which dropped a ton of new cards and the awesome title “Bearer of the Wrathstone.”