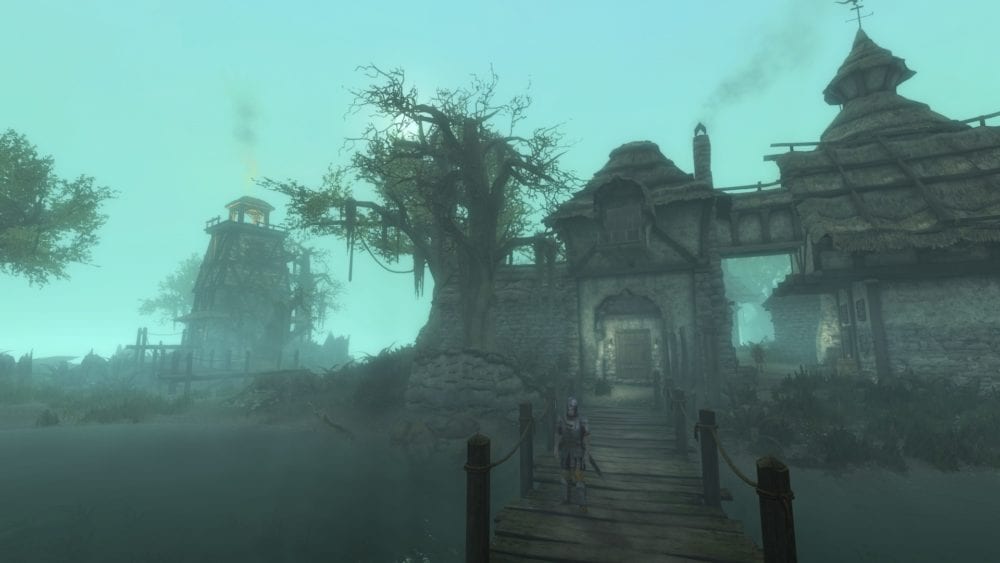 Skywind is a project that aims to rebuild the entire The Elder Scrolls: Morrowind experience within Skyrim, and today the developers behind the project showcased its very impressive gameplay for the very first time from Gamescom 2019.

To quote the developer’s own description of the mod:

“Skywind sheds the shackles of the older game, bringing modern graphics and assets, full voice acting, and all the benefits of ten years of gaming improvements, while preserving the incredible characters, locations, and quests with which Morrowind charmed the world all those years ago.”

Today’s video comes with a comment from the developer, who acknowledges that while this initial footage isn’t showing anything necessarily spectacular, it was designed to “give a preview of our music, voice acting, spears, town AI.”

Apparently, we won’t have long to wait for more gameplay footage, anyway.

“We’ll have more gameplay to share in the coming months that will give you a rougher but more in-depth look into the current state of the game,” the YouTube description explains.

You can check the footage out for yourself below:

Skywind has no release date as of yet. It is being developed for PC only. For more information about Skywind, head over to the developer’s website and read their FAQ section.

If you’re interested in another hugely ambitious The Elder Scrolls mod, then you have to check out Skyblivion, a similar mod that’s recreating the fourth game in the series within Skyrim. A breathtaking new teaser trailer released the other day.