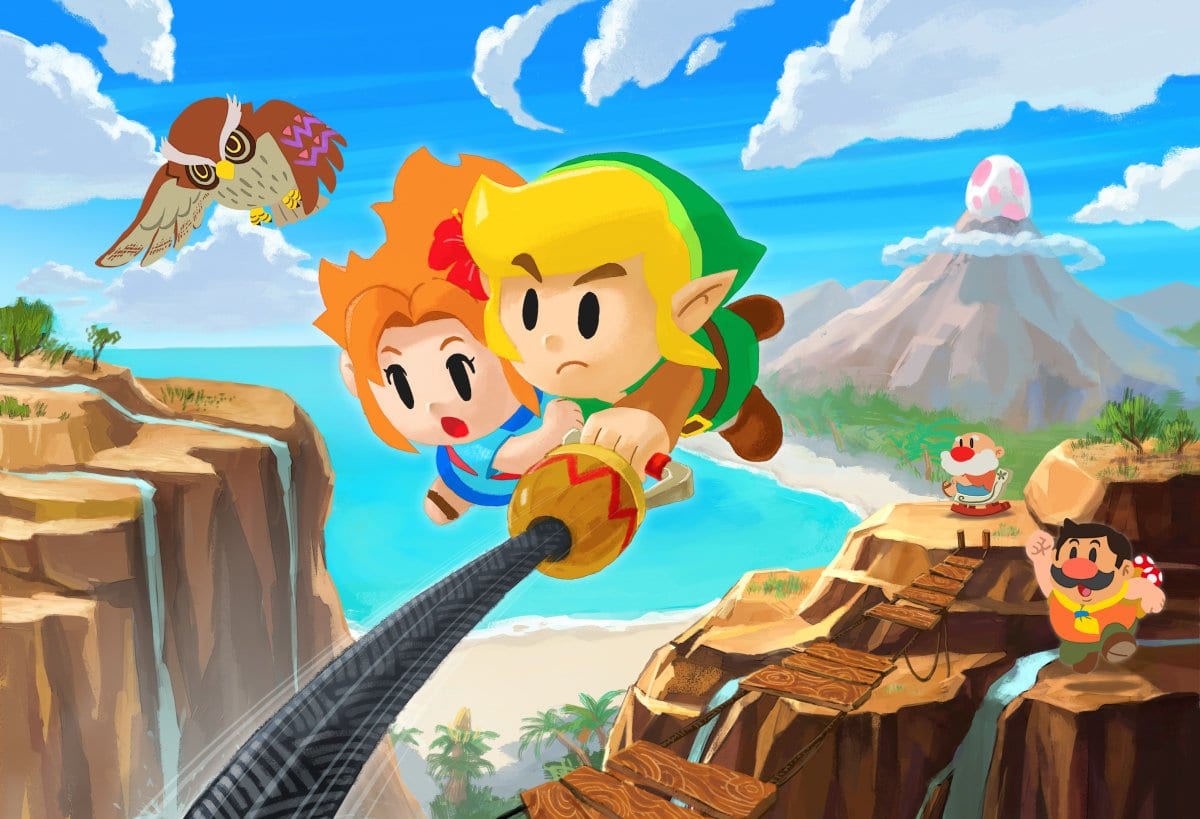 The Legend of Zelda: Link’s Awakening is finally here.

The Nintendo Switch remake of the classic Gameboy game of the same name has brought its wit and charm to a whole new generation, exposing them to a game that otherwise may have been missed.

As someone who has played every single Zelda game (yes, that includes the horrible CD-I games), I like to think of myself as someone who has a decent grasp on the series and where it stands today.

We have seen games like Ocarina of Time break through the top-down 2D boundaries that the game was known for, we have seen Twilight Princess bring the franchise into a darker and more mature theme, and we have seen Breath of the Wild completely re-imagine what the Zelda series can be in the future.

However, through all of those great games, none of them quite match the charm and charisma that the Link’s Awakening remake has delivered.

The drastic jump in quality from the Gameboy version of Link’s Awakening to the Nintendo Switch is an impressive feat that takes what made the original so great and expands upon it in many ways.

Rather than seeing flat emotionless sprites on a 5-inch greyscale screen, the Link’s Awakening remake allows us to see the true expressions behind the wacky characters that fill the island of Koholint.

Nothing better represents this newly found charisma than the trade quest that you take part in throughout the game. With each item you deliver, you will meet someone new.

Rather than all of the characters being semi-copies of other characters, the Link’s Awakening remake delivers on filling the world with interesting people that all have their own unique quirks and designs.

These characters you meet along the way are now able to articulate their feelings through facial expressions, improved sounds, and more overall style than the Gameboy game was ever able to.

Given the improved graphics on the Switch, we can see the true imaginative intentions that the creators had in mind when they developed the original game in 1993.

Another factor that makes Link’s Awakening one of the most charming Zelda games ever made is the revamped visual design.

In an odd but alluring way, the toy-like character models are reminiscent of the popular claymation made-for-TV Christmas movie Jack Frost.

While that may seem like a step backward from something as grand as Breath of the Wild, the aesthetic is an easy fit for the Zelda franchise, and I hope they continue to create remakes using this style (Link to the Past, we’re looking at you!).

The aesthetic goes beyond just the character models, however. The game does interesting depth of field tricks with the camera that adds to the charm as well.

This is most apparent during the overworld sections, where there is a slight blur along the edges that add to the game’s unique look, making it a visual stand out amongst a field of crowded Zelda games.

While games like Breath of the Wild impress you with the giant landmass and creative ways to solve puzzles, Link’s Awakening does something similar with its charm and style while remaining true to the classic Zelda formula.

Although the remake is not without faults, such as its less than ideal framerate at times or its half-baked dungeon creator, Link’s Awakening stands out as one of the best remakes of a game I have ever experienced, period.

The amount of love and care that went into the re-creation of the game is obvious from the jump, despite its technical issues.

It is not often that technical issues are able to be ignored, but with Link’s Awakening, the absolute charm and style that the game delivers on will have you forgetting all about any frame rate issues you encounter as you become enamored with the beautiful world that Nintendo has re-created.

Link’s Awakening is a must-own for any Zelda fan and will without a doubt earn its spot amongst the greatest Zelda titles ever made.