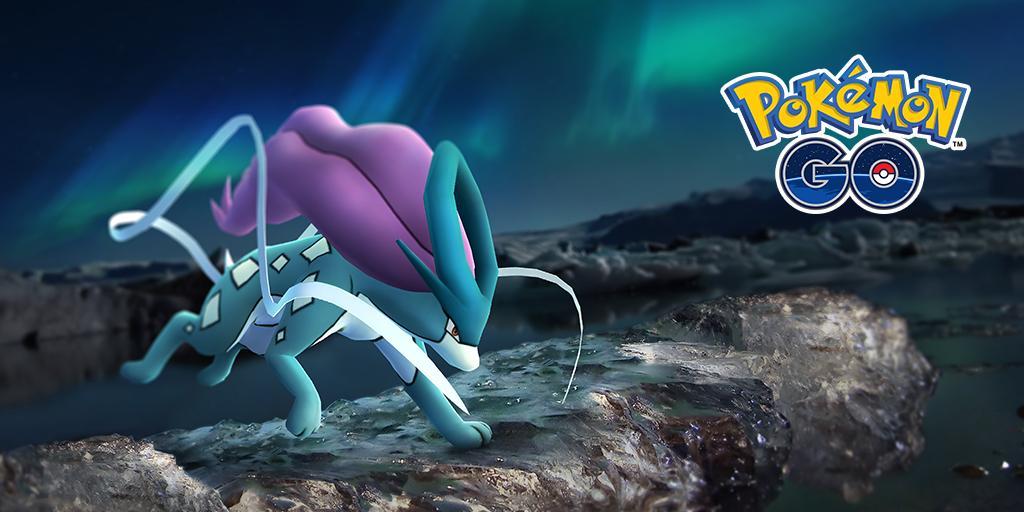 The end of Summer draws near and that can only mean one thing: it’s time for Suicune raid day in Pokemon Go. The mascot of Pokemon Crystal Version is going to return to legendary raids on Aug. 17, 2019 for the last of the Summer raid days featuring legendary beasts from the Johto region. Just like Entei and Raikou’s raid days, you’ll have a chance of catching a shiny Suicune as well. If you missed out on Suicune’s first stint as a legendary raid boss, then this will be your chance to get a large collection of this Water-type Pokemon. Here’s everything you need to know about Suicune’s raid, stats, counters, weaknesses, and best movesets.

How to Get Suicune in Pokemon GO

For a while, Suicune was available as a weekly field research reward, but right now you can only get the Aurora Pokemon in legendary raids.

There aren’t tons of overwhelmingly powerful Electric- or Grass-type attackers in Pokemon Go, so you’ll want to have at least five trainers per raid to stand a chance. Suicune isn’t very strong, but legendary raids should never be taken lightly. Make sure you have the best possible lineup ready to take on this legendary.

Since Suicune is a pure Water-type, that makes it pretty easy to pick your counters for this raid. However, there are a few odd catches with this Pokemon’s moveset that you’ll want to look out for.

If you’re picking a Grass/Poison type, you’ll want to look out for the Psychic move Extrasensory, and Snarl will hit Exeggcute’s partial Psychic-typing exceptionally hard. Those are both quick moves, but the most dangerous charge move Suicune can have is Ice Beam which will make quick work of your Grass Pokemon.

Best Suicune Counters to Use in Pokemon Go

Suicune is one of the most popular legendary beasts thanks to the major focus on this Pokemon in Crystal Version and HeartGold/SoulSilver. Sadly, it’s the weakest one in Pokemon Go and is pretty much just good for Pokedex filler or shiny hunting. Not only does it have poor stats, but its fast moves make no sense for a Water-type Pokemon.

Suicune is weak against Grass- and Electric-type moves, but that’s it. This Pokemon’s moveset is designed to help it combat some counters, but it just isn’t strong enough to be effective in any capacity. It’s too weak to be a PvE attacker and doesn’t have enough defense or HP to act as a tank in PvP.

Suicune’s lineup of fast attacks is downright confusing. You would think a Water Pokemon and especially a legendary one would have at least one Water-type fast attack to choose from, but no. It wasn’t enough to make Suicune’s stats bad, they also had to give it awful moves.

Sure, they can help against some of Suicune’s counters, but not enough to make a difference. Here are Suicine’s fast attacks:

The moveset for this disappointing legendary gets much better when you move down to its charge attacks. This time, Suicune actually gets some good Water-type moves to choose from. What a concept. On top of that, it also has Ice Beam, which can help to counter those who try to take advantage of Suicune’s Grass-type weakness. Here are Suicune’s Charge attacks:

Suicune won’t make much headway in battle. Its moveset is average at best and its stats don’t put it anywhere near useable. Sure, it can take on low-level Fire-, Ground-, or Rock-type raids, but it’s shouldn’t hold a spot on your team of Water attackers.

It has a good defense stat, but its amount of HP doesn’t give it enough durability to be considered a top-tier choice for PvP. Here are Suicune’s stats:

That’s all there is to know about Suicune’sraid, stats, counters, weaknesses, and best movesets. If you’re feeling a bit let down by Suicune, then check out the legendary raid that will be running until September in our Rayquaza raid guide.