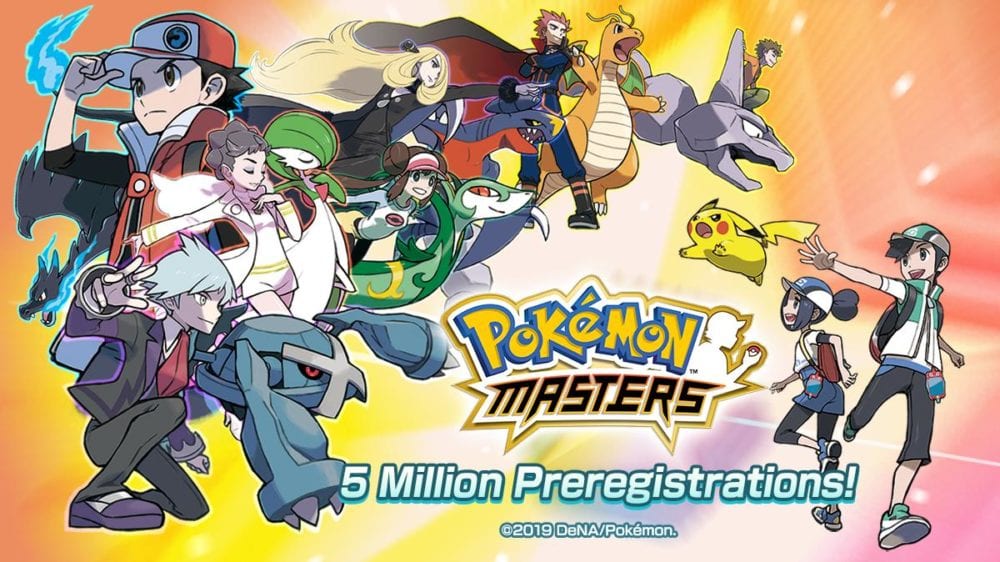 DeNa’s upcoming Pokemon mobile game already has a huge pool of potential players. The developer announced this week that pre-registration for Masters numbers a whopping five million, with two weeks to go until its launch.

A Tweet from the game’s official account broke the news, along with a special graphic you’ll see above.

Thanks so much for all your support! We can’t wait for the official global launch and look forward to seeing you all in Pasio! ”

Masters doesn’t use the same location-based AR technology as Niantic’s massively popular Pokemon Go. It’s more of a conventional Pokemon experience tailored for mobile devices, though it will debut a new storyline and gameplay mechanics.

The game pits players against each other with a gameplay focus firmly centered around competitive multiplayer. But that doesn’t mean you’ll be facing other players alone; Masters features a new 3v3 battle system.

You’ll team up with allies and battle other “sync pairs,” the name given to a Trainer and his/her chosen Pokemon.

Pokemon Masters is scheduled to launch this Aug. 29 on iOS and android mobile devices. The game’s launch will not affect the continued operation of Pokemon Go.

If you’re hankering for Pokemon content as you wait for Masters then why not check out our recent feature about the franchises’ villainous teams and which ones are the very best (or worst)?