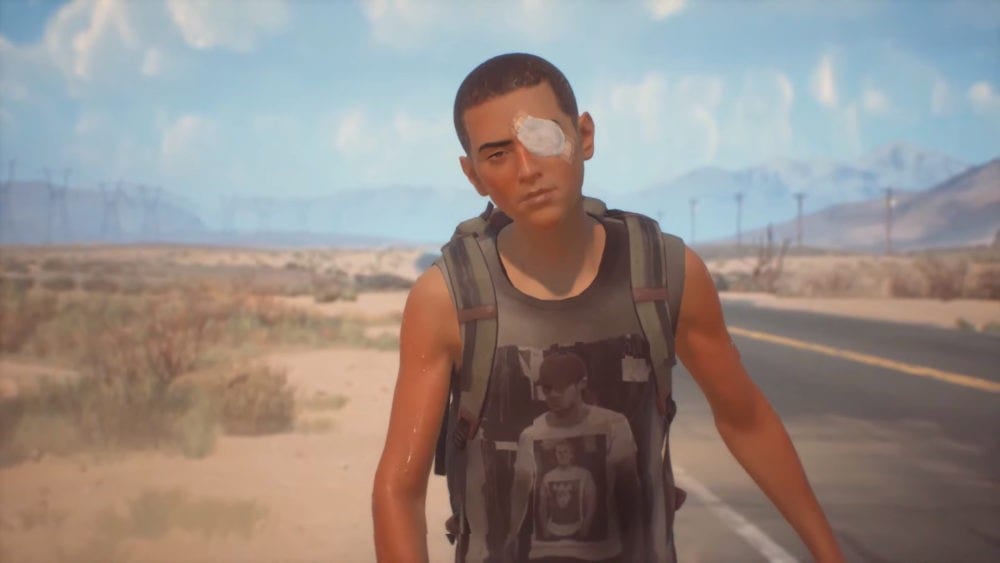 The fourth episode of the Life is Strange 2 episodic adventure game will be releasing later this week on Aug. 22 on all platforms.

A full trailer for the episode was shown during Geoff Keighley’s Opening Night Live presentation held at Gamescom 2019. Check out the trailer below.

“Gravely wounded in Humboldt County, California, Sean wakes in hospital to find Daniel still missing,” according to the Life is Strange 2 trailer’s description. “Under arrest, and facing tough questions, Sean’s options are few: only quick thinking and unexpected allies can secure his freedom.”

“Searching for Daniel under the scorching Nevada sun and through freezing desert nights, Sean must make his toughest choices yet. Puerto Lobos and the dream of freedom have never felt so far away. Will Sean’s faith in Daniel be rewarded – or is the young wolf lost forever?”

The fifth and last episode of Life is Strange 2 is scheduled to release on Dec. 3. The game originally launched with the first episode back in September 2018. The first three episodes are now available on PC, PlayStation 4, and Xbox One.