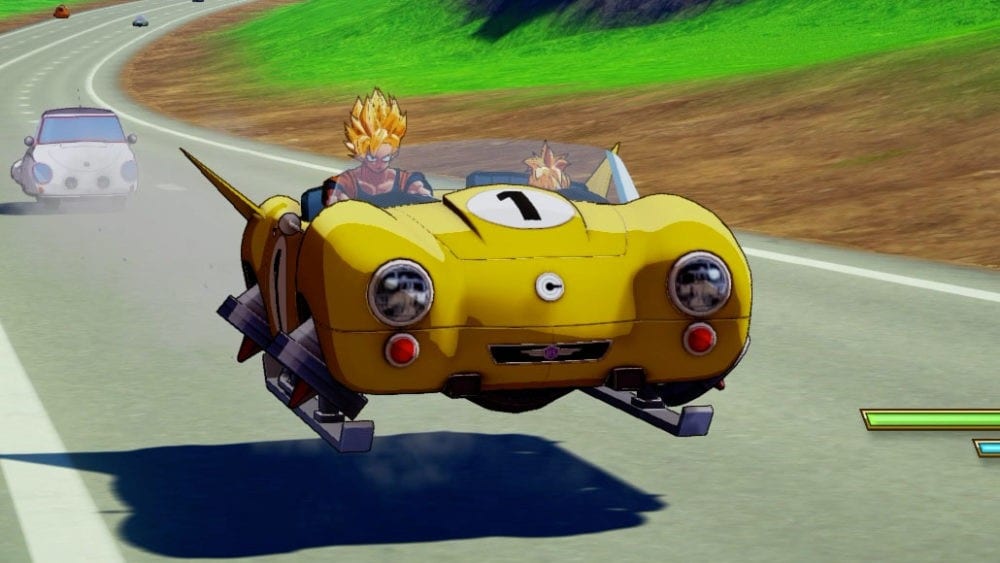 A few days ago, Bandai Namco revealed that Dragon Ball Z: Kakarot would include the Driving License episode, but apparently there is more to it than filler.

Speaking of filler, Twinfinite talked to Producer Ryosuke Hara at Gamescom, and he explained that he doesn’t consider this part of the game to be filler at all, since one of the main points of Dragon Ball Z: Kakarot is to provite players with the feeling of living Goku’s life.

That being said, there is more to the feature than meets the eye. Once you unlock the driving license, you can drive your car freely between the fields for the rest of the game.

Of course, this doesn’t mean that it’ll be fast, and flying will normally be faster.

On top of that, I asked Hara-san if there will be minigames involving the car, and it appears that it won’t just be to drive leisurely around the countryside.

“That’s a very good point. Actually we’re preparing something where you have to use the car.”

Of course, you should stay tuned for further information coming soon in the full interview.

If you want to learn more about Dragon Ball Z: Kakarot, you can take a look at our previous interview with Hara-san, who explained that the game will show you interactions among characters that you have never seen before in the franchise. You can also read our hands-on preview.

You can also watch the latest trailer, plenty of recent gameplay showing Piccolo in action for the first time, and a gallery of screenshots including Trunks’ reveal.

Dragon Ball Z: Kakarot releases in early 2020 for PS4, Xbox One, and PC. Incidentally, I did ask Hara-san if a Switch port is in the cards, and he said that at the moment the team isn’t thinking about that.