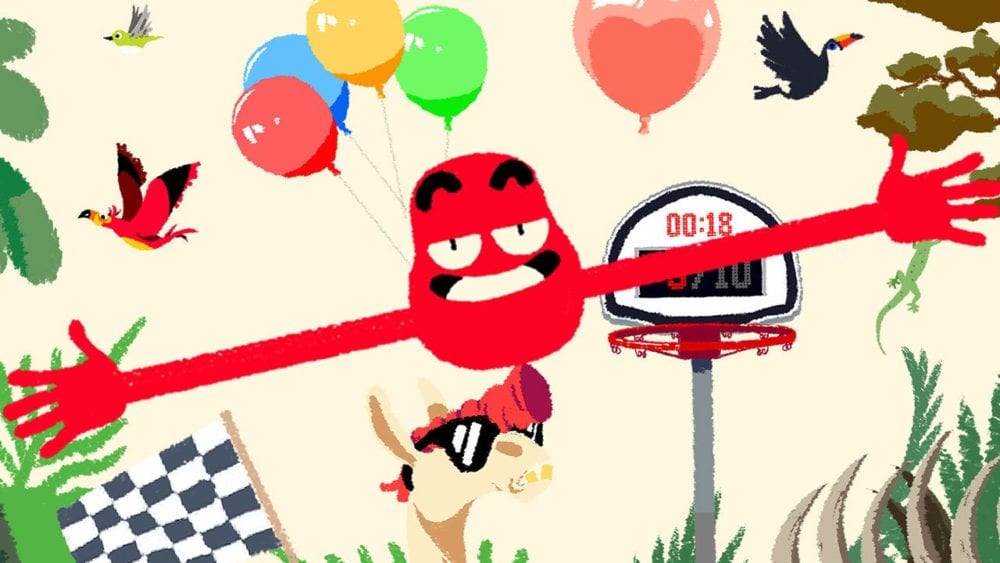 Today Devolver Digital announced the release date for their upcoming couch co-op Heave Ho with a new trailer that showcases gameplay as well as the game’s array of physics-based puzzles.

Developed by Le Cartel Studio, Heave Ho is a couch co-op puzzle game that so far has been making the convention rounds this year. The object of the game, and each level, is simple: cross from your starting point on one side of the screen to the finish flag on the other.

The game supports up to four players, with each player taking control of a character who consists of nothing more than a head with two long arms. That’s all you need, however, as you get from A to B solely by rolling and gripping on to things – either your environment or your fellow players. That all sounds simple enough, so to complicate matters players must contend with the threat of falling to their doom, as well as deadly spikes and impossible angles.

Heave Ho looks like it runs on a similar type of physics to Devolver‘s recent release Pikuniku, where you coincidentally also play as a ball with two gangly limbs. In addition to the similar bright, simple visual style, Heave Ho looks to have the same kind of floaty gravity that makes plunging to your death hilarious. The game also lets you customize your own little grabby ball with a bunch of accessories and costumes, something that might help you identify yourself amidst the mass of limbs.

Despite being an indie game and therefore not having a huge buzz around it, Heave Ho has already earned a reputation for being infuriatingly difficult at times, as well as good silly fun for a party game.

Heave Ho comes out at the end of the month on August 29, where it’ll be launch on PC and Switch. Right now you can pre-order the game on Steam and get 10% off, although it has yet to appear on the Nintendo eShop. In the mean time, check out the release date trailer below.