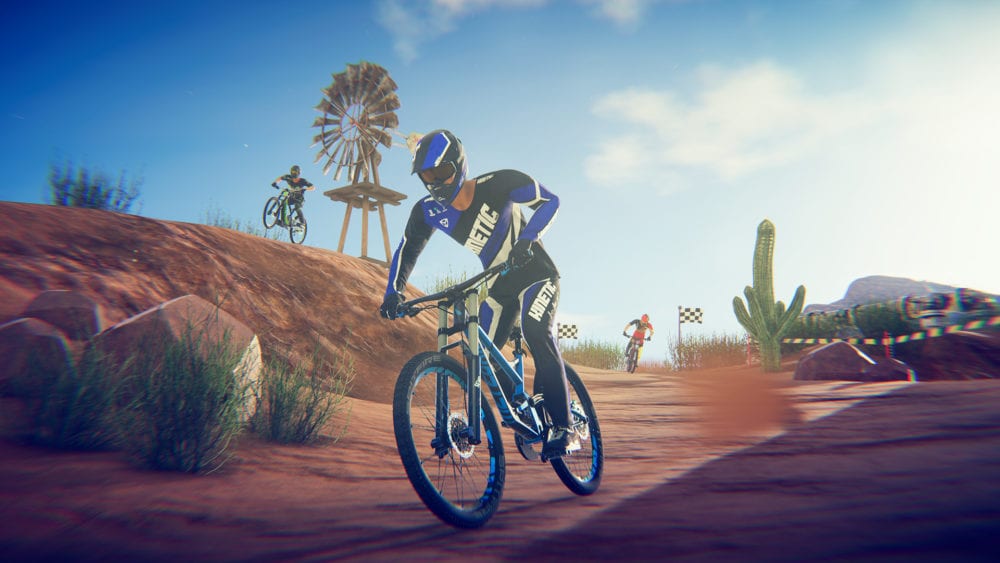 Descenders is a recent, procedurally generated downhill mountain biking game. The title has received generally positive reviews on Steam and is currently 30% off thanks to Steam’s Summer Sale. However, Steam isn’t the only online site selling Descenders keys, and in a shocking turn, Descenders’ developer and publisher are asking players to pirate their game instead of buy it from one alternative source in particular: G2A.

For those of you who never heard of G2A, it is a third-party site that sells Steam keys at rock-bottom prices. However, the site is notorious for shady practices, specifically selling keys purportedly obtained with stolen credit cards and charging customers extra for buyer protection.

Over the weekend, Mike Rose, the founder of Descenders’ publisher No More Robots, took to Twitter to decry G2A. Rose had some choice words regarding the site and its recent sponsored ads. As he demonstrates in a video, these ads appear in Google searches (for him, at least) before the official Descenders site and can’t be turned off.

Rose went on to state he would rather gamers pirate Descenders than purchase Steam keys on G2A because he and the developer “don’t see a penny either way.” It’s not every day a publisher asks audiences to resort to piracy, which is a a major point of contention in the gaming industry. However, when a publisher does, you know something is wrong.

Please, if you’re going to buy a game from G2A, just pirate it instead! Genuinely!

Devs don’t see a penny either way, so we’d much rather G2A didn’t see money either

Granted, No More Robots only publishes Descenders, but Rose isn’t alone in his sentiment. The game’s developer, RageSquid, also expressed they would prefer gamers pirate Descenders instead of purchase keys from G2A.

Please torrent our games instead of buying them on G2A https://t.co/gktACBP1KZ

This isn’t the first time developers have asked gamers to pirate their titles instead of purchase them from G2A. In 2016, Lars Doucet, the developer of Defender’s Quest, stated “if you’re going to buy [Defender’s Quest] from a grey-market key reselling site like G2A, then, please, please, just pirate the game instead.”