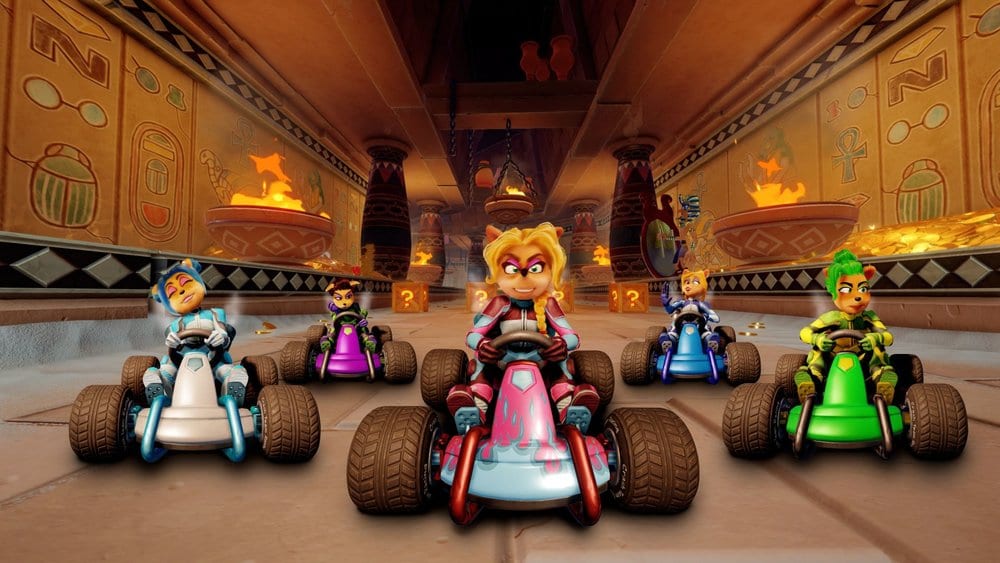 The latest update for Crash Team Racing Nitro-Fueled has added in the Nitro Grand Prix. Alongside a new track called Twilight Tour, and a bunch of new cosmetics are a number of new characters to unlock. Namely, Tawna the Bandicoot and the trophy girls from the original title. Here’s how to unlock Tawna in Crash Team Racing Nitro-Fueled, as well as the other trophy girls.

How to Unlock Tawna in Crash Team Racing Nitro-Fueled

The Nitro Grand Prix update has added in a new option from the main menu, aptly called Grand Prix. By selecting this, you’ll go through a quick tutorial video talking you through the new feature. Following that, you’ll then be brought to a screen that shows your progress in Nitro Points along the top, and a number of different types of challenges you can check out below.

In order to unlock Tawna in Crash Team Racing Nitro-Fueled, you’ll need to earn 5000 Nitro Points in this new Grand Prix mode. What this means is you’ll need to check out the different challenges and complete them throughout the game. These can range from simply visiting the Pit Stop, through to firing three missiles as Dr. Neo Cortex in a single race.

Upon completing a race, you’ll be shown your progress within the Grand Prix mode, which shows how many Nitro Points you’ve just earned from a race. Upon reaching 5000 Nitro Points, you’ll unlock Tawna and she’ll be available for you to choose from the character select screen like any other.

How to Unlock the ‘Trophy Girls’

As for the trophy girls, some of these can also be unlocked by progressing through the Grand Prix mode. However, what’s also worth noting is that some of these can just be unlocked simply by visiting the Pit Stop. For example, in our screenshot below, we were able to purchase Liz for 1500 Wumpa Coins.

That’s everything you need to know about how to unlock Tawna and the trophy girls in Crash Team Racing Nitro-Fueled. For more tips, tricks, and guides, be sure to check out our ever-expanding Nitro-Fueled guide wiki.