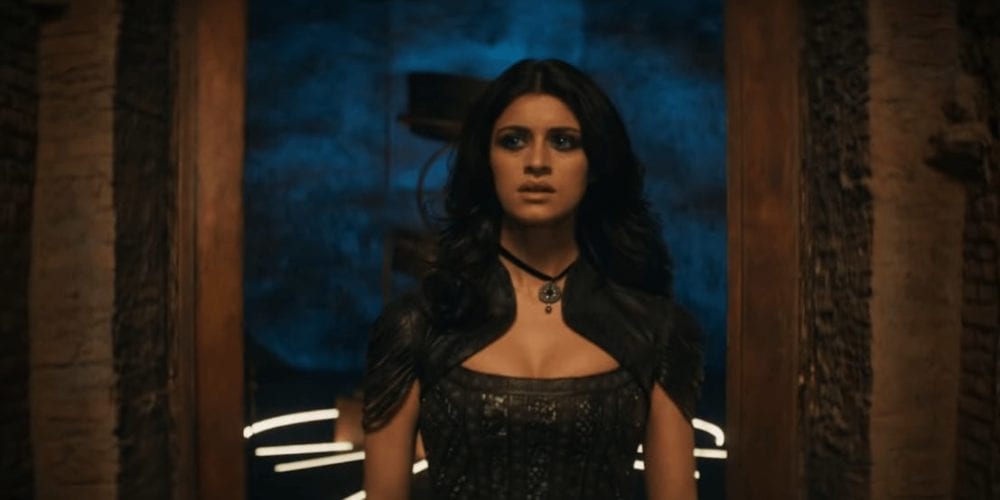 For months I’ve been reporting whatever tidbits of information I could find on Netflix’s upcoming The Witcher adaptation. Like the members of the various communities I’ve been excitedly sharing my work with, I’m a huge fan of the franchise, having played all three games, the Thronebreaker spin-off, and read several of the books. I even play real-life Gwent with my girlfriend on occasion. Yes, we’re mega dorks.

Last week’s trailer-reveal at SDCC was the moment I and everyone else had been waiting for: the first in-motion footage of the show and our first glimpse of its actors playing the characters we all know and love.

My impression is that it all looks quite promising. While we’ll have to wait and see how the writing and acting come together in the first episode, it’s pleasing to see the production quality is at least on par with the rest of Netflix’s library.

I think we can now say the drama over leaked and released images looking low-budget prior to the trailer was much ado about nothing; Netflix’s Witcher adaptation is definitely not some sort of half-baked cash-in on a popular license.

Unfortunately, the story of show’s trailer reveal doesn’t end there on that happy, contented note. On the contrary, the reaction to the footage has been wildly divisive –not necessarily unexpected, of course, but debates have soured beyond the point of differing opinions in this case.

In fact, in some circles of the internet it’s actually gotten quite disturbing.

The big controversy is that a segment outspoken fans aren’t happy about the casting selection of two protagonists: Yennifer of Vengerberg (Anya Chalotra), and Triss Merigold (Anna Shaffer), who both appear to be of British/Indian heritage and therefore differ in skin color and hairstyles to the canonical description.

This itself is actually a continuation of drama that began last year, when showrunner Lauren S. Hissrich was forced to retreat from social media after fans discovered a casting call for a “BAME” (British abbreviation meaning black, Asian, minority ethnic) actor to play the role of Ciri in the upcoming show. It prompted 54,000 people to sign a petition pleading Hissrich to extend her search beyond non-white actors.

Netflix revealed earlier this year that Ciri will, in fact, be played by a young white actress named Freya Allan, which seemed to temporarily appease protests.

Angst has instead now turned to the aforementioned Chalotra and Shaffar. Memes are the order of the day, with infuriated comment sections in several Facebook groups, some in excess of 20,000 members, lamenting soy-boys, social justice warriors, and indoctrination as the root cause for what they consider inappropriate casting choices. 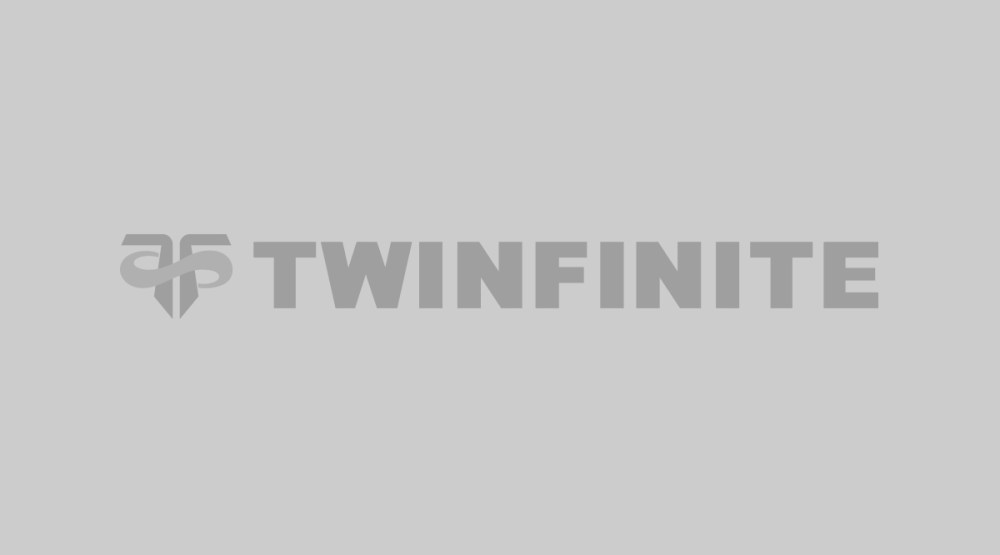 Memes posted in Facebook Groups such as the ones listed in this article.

It’s gotten ugly fast. I’ve been shocked to see once peaceful and friendly communities deteriorate into cesspools of discontent, anger, and borderline racism. And I’m not the only one, either; scrolling through these comment sections you’ll see dozens of greyed out names indicating members that have left as a result after being similarly appalled.

The instigators fall roughly into two separate categories: those only familiar with The Witcher videos games’ depiction of the two characters whose appearance has been slightly altered from novel’s canon, and others well versed in the franchise’s lore across all its mediums who busily cite character descriptions extracted from the novels, gleefully correcting video game fans over facts like Triss’ red hair (it’s chestnut in the books) but equally lamenting Netflix’s inaccuracy.

Many individuals across both categories insist that a political agenda on the part of Netflix has ruined the show before it has even begun. 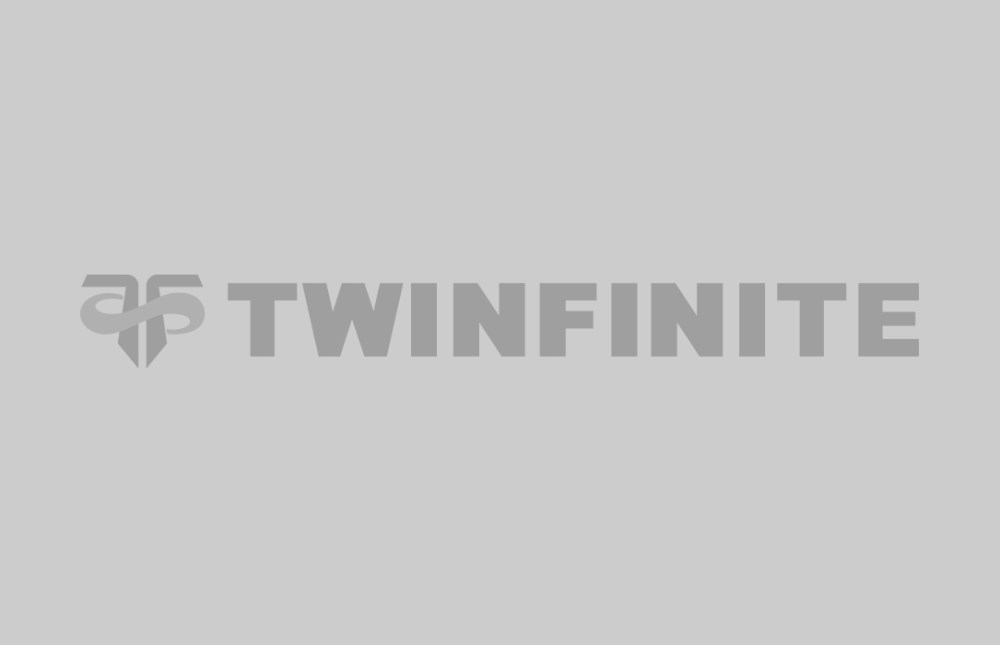 But why should Netflix’s decision to include a racially diverse cast of actors work people into such an upset rage in the first place?

The Witcher’s lore and its grounding in Slavic mythology seems to be a popular explanation, as you’ll see in some of the images above. Except nobody can really provide any evidence to support the claim that The Witcher has anything to do with Slavic mythology.

On the contrary, the only material I can find on the subject refutes that claim completely. One academic paper, written by a Polish author from the University of Krakow, reads:

“Although the game is based on a series of novels sometimes dubbed ‘Slavic fantasy’, The Witcher Saga is, in fact, noticeably critical of the idea of Slavicness as a basis for a fantasy narrative.

Sapkowski’s novels employ an occasional folklore-based monster or a reference to regional superstitions, but the overall background of his work is rather cosmopolitan and not consistent in embracing Slavic inspirations.

His short stories are based on well-known fairy tales, from The Beauty and the Beast to The Little Mermaid. The six-volume Witcher saga, in turn, creates a world of Tolkienesque elves and dwarves whose native languages are based on, respectively, Welsh and Norse, while the dominant race of humans—ignorant, cruel and mean peasants, as well as petty and short-sighted gentry—speak Polish.

Furthermore, the author himself ridiculed the very idea of ‘Slavic fantasy’ on several occasions, especially in his manifesto entitled ‘Piróg, or No Gold in Grey Mountains.'”

The Witcher is, then, a series based on European folklore, borrowing ideas from fairytales across a diverse continent.

Making the situation all the harder to understand is that anti-racism is one of the key themes Sapkowski seeks to underline through his novels. Even the games, in fact, in which the oppression of non-humans by humans and a general hatred between the two is a central pillar of several storylines.

Surely, by being angry at the diversity of a Netflix’s production one would be missing one The Witcher’s most important messages entirely? It’s madness to me that one could simultaneously appreciate the anti-racist motif delivered in the novels and games –the mistreatment of dwarves and elves, etc.– on one hand, and reject racial diversity in real life on the other.

For that reason, it’s hard not to feel like some of the naysayers are hiding their own prejudicial sentiments underneath a pretense of concern about a verbatim adherence to franchise lore. And that their hostility is far more likely fueled by a general discontent that society is, rightfully, continuing its slow march toward social inclusiveness and representation. 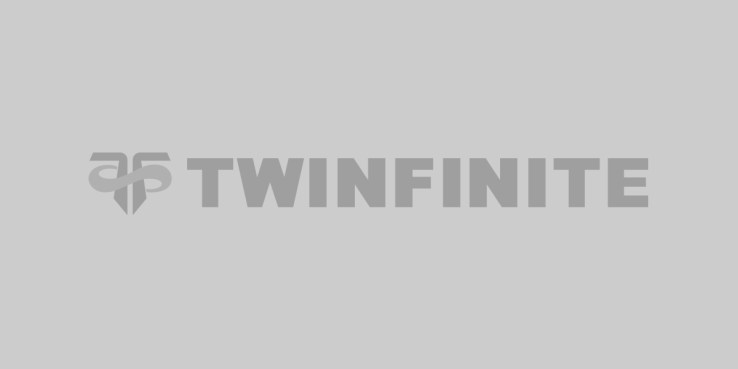 I’d like to point out that if these people want to reflect on politics, perhaps they’d like to take a moment to consider the context and socio-political climate The Witcher novels in which The Witcher was written?

The western world today is not Poland in 1990, which even today remains one of the most homogeneous countries in Europe (only 3.1% of Poland’s 39 million people identify as foreign).

In writing The Witcher franchise, it would likely (understandably) not have occurred to Sapkowski to incorporate racial diversity for his Polish audience. But in adapting his novels for a worldwide audience, Netflix is rightly conscious that its demographic –the cultural melting pot of the US and other European countries– includes a much wider scope of peoples, and so their auditions have not been limited to the same constraints.

Never mind the fact that Sapkowski, the creator whose visions these angered fans are so riled up about Netflix “spoiling,” is himself part of the show’s team. He’s given Hissrich’s casting choice his approval.

And as for CD Projekt Red’s video game adaptation that many cite as a more accurate representation of the novels, Sapkowski himself doesn’t consider it anything close to canonical.

“The game – with all due respect to it, but let’s finally say it openly – is not an ‘alternative version’, nor a sequel. The game is a free adaptation containing elements of my work; an adaptation created by different authors,” he told Eurogamer.

Depressingly, of course, hostility to diversity is rife across the internet. Only weeks ago I was giggling to myself as someone tried to explain that Ariel from The Little Mermaid couldn’t possibly be black because the sun’s rays don’t penetrate at the depth she typically swims at.

Even sounding completely ridiculous is better than conceding you’re being narrow-minded, apparently. We’re talking about fantasy-fiction here. Nobody is casting President Kennedy as a black man in the latest show on the Cuban missile crisis, or Winston Churchill as a Chinese woman in an upcoming historical drama.

Yet even if these sorts of reactions are sadly predictable, I still find it bewildering in principle that some people can’t understand and come to terms with why inclusiveness is so important and so necessary.

When one considers that we live in a society comprised of individuals of different heritage and skin color, it shouldn’t be so surprising that show-runners would choose to cast actors reflective of our entire society.

The Witcher is a franchise once popular to a single country but now beloved by a global audience, and it’s shifting as a result. Personally, I’d prefer to embrace the small compositional changes and focus on celebrating that The Witcher is about to be introduced to a massive new audience. The novels and video games will always be there for those that prefer it.

Ultimately, the sort of medieval fantasy genre The Witcher is part of has been dominated by white people since forever. Thankfully, shows like Game of Thrones have seen it finally penetrate the mainstream; we’re discovering that new audiences beyond “nerdom” appreciate the space and are thirsty for more content.

We should expect the genre to shift and change as a result, and we should be able to maturely accept and embrace diversity rather than default to prejudice, the likes of which I’ve been frankly embarrassed and appalled to see over the past week.

Thankfully, not everything was negative, and most people have a levelheaded perspective regardless if they agree with casting choice or not for reasons that don’t have to do with skin color.

Many members of these Witcher fan communities have demonstrated open-mindedness and are vehemently opposed to the non-acceptance of diversity in the show. Credit also goes to the moderators of those groups for quickly shutting down discussions that went beyond spirited debate and descended into the sort of toxicity visible in the images above.

Now begins what should be an exciting wait for the show to debut, at which time I hope its production quality, writing, and acting talent deliver what Henry Cavill fittingly described as “Like playing The Witcher 3, but with a different skin on.”