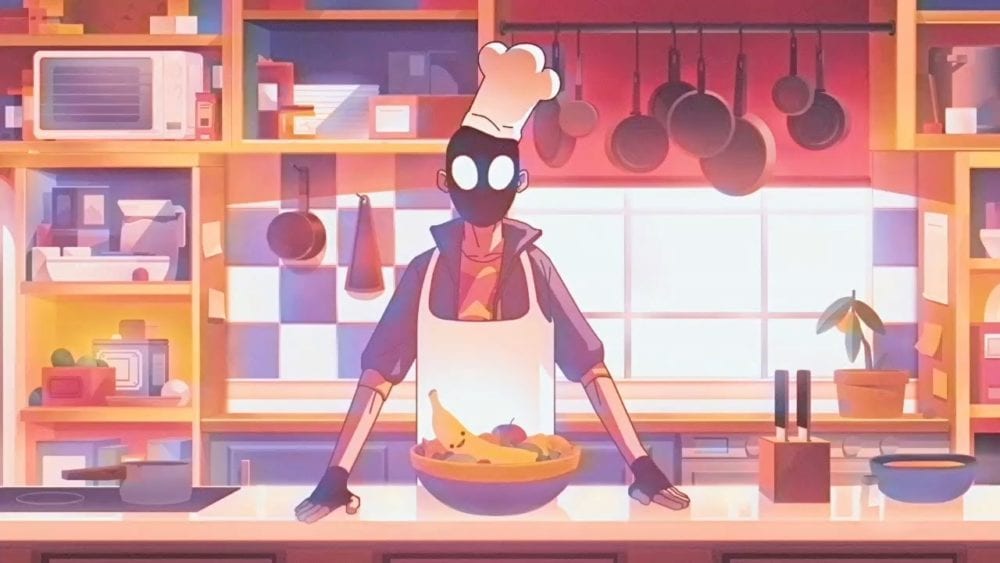 My Friend Pedro puts you in the role of a masked shooter who dispatches rooms, warehouses, and freight trains full of soldiers at the behest of a talking banana. The 2.5D shooter boasts the ability to carry off insane stunts, as shown in the trailer, where you can ricochet bullets off of a frying pan to wipe out a room.

The game’s slick combat is made possible by letting you control your weapons(which can use split aiming) and bodily movements at the same time, letting you pull of some truly gymnastic feats as you riddle people with bullets. If you want to see how this looks in the game itself, check out our write up on the gameplay trailer that came out earlier this month and was also shown at Devolver’s E3 direct.

Aside from pure, glorious violence, My Friend Pedro includes some minor puzzle elements that revolve around timing, positioning, and using props. If you manage to get a special kill – be it by using the frying pan or by flying through the air – you’ll be awarded bonus points. The game even has a GIF generator so instantly share your swish maneuvers with your friends.

Devolver‘s been nailing the sidescrolling shooters lately, with Katana Zero and Gato Roboto being the most recent that have become extremely popular. These games all have huge personalities and unique styles to set them apart but, more importantly, they shake up the gameplay from what you’d expect of a shooter.

My Friend Pedro will be available tomorrow on the Switch and PC, with a 15% pre-purchase discount on Steam until launch day. In the mean time, you can check out the trailer below.