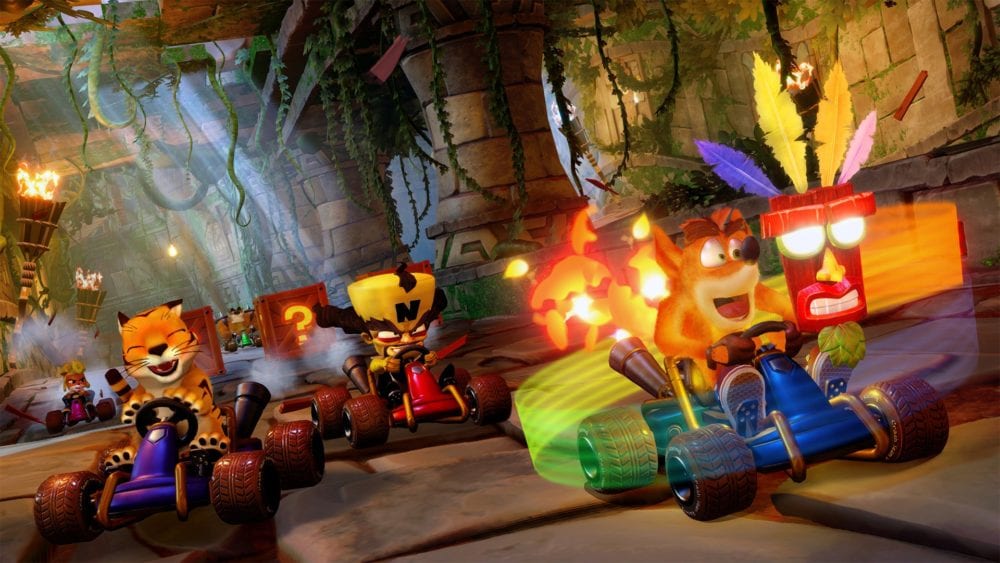 Grab your Go Karts and get ready to race! Crash Team Racing Nitro-Fueled is here, modernizing everyone’s favorite courses and characters for Nintendo Switch, Xbox One, and PlayStation 4.

While the graphics and controls may have gotten an overhaul, Nitro-Fueled’s gameplay and unlockables are very similar to the original. Here is everything you need to know about how to get all CRT Tokens in Crash Team Racing Nitro-Fueled.

How to Unlock Token Races

Like most other collectibles in Crash Team Racing Nitro-Fueled, you’ll need to compete and win all the races in an area before unlocking Tokens. Once you have, head back to the race and compete in the CTR Token Race.

Similar to trophies for coming in first place, Tokens are awarded at the end of every first-place finish. The main difference is that you also need to collect the letters C, T, and, R, each scattered throughout different areas of each map.

More often than not, these letters are hidden among shortcuts and other difficult to reach places that could mess up your usual route to victory. In total, there 20 Tokens to collect (four Red, four Green, four Blue, four Yellow, four Purple).

Below, we have detailed where you can find each of the CTR Tokens in order of when they appear:

It may take some trial and error, but collecting these Tokens is certainly worth the reward. After collecting all 20, you’ll unlock the illustrious Gem Cup.

Now that you know how to get them and where to look, you’ll be on your way to cashing in those Tokens in no time!

That is everything you need to know about how to get all CRT Tokens in Crash Team Racing Nitro-Fueled. For more helpful hints and tricks to navigating the traitorous courses in the game be sure to check our dedicated wiki page.

FIFA 21 FUT Swap: How to Get FGS Swaps Tokens & Players
NBA 2K21: How to Earn MyTeam Tokens and What They’re For
Shenmue 3: How to Solve the Bell Tower Puzzle