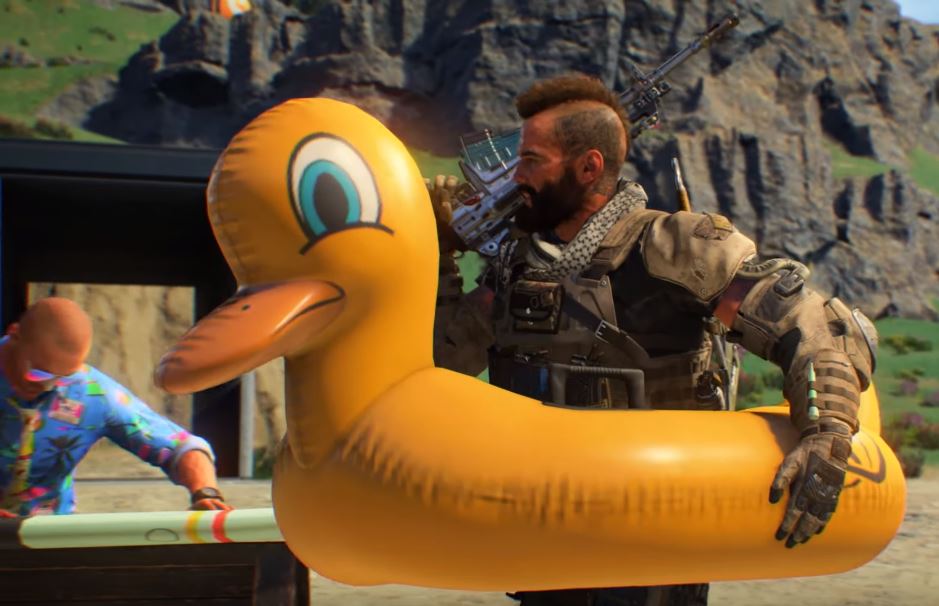 A new trailer for Call of Duty: Black Ops 4 was released today on the official Call of Duty YouTube channel.

The free and summery expansion is available now on PlayStation 4 with other platforms to soon follow, and introduces a new mode with Ground War within Blackout. The description on the trailer claims that this will be the biggest battle in the history of Call of Duty.

The trailer features characters running around with various beach gear such as surfboards and flotation devices.

Also added to the game is a fan favorite map called Grind, which has been remastered for Call of Duty: Black Ops 4.

Treyarch Studios also announced via a Twitter post yesterday that they would add multiplayer modes for Capture the Flag, new weapons and in Zombie mode, Labours of Hercules Gauntlet with new weapons and elixirs.

Fans of the Call of Duty series commonly look forward to the Days of Summer update that comes as free DLC with most Call of Duty games released.

Before the Days of Summer, Call of Duty released the Alcatraz map trailer and also you can check out our coverage on the last Zombie Mode DLC titled “Ancient Evil”.

If you’d like to view the trailer, please feel free to check it out below: