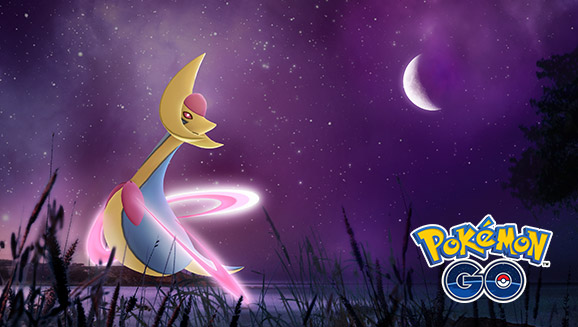 The crescent moon shines down on Pokemon GO raids yet again. If you missed Cresselia the first time it was available, you’ll have another chance from May 27 to June 18. It’s not overwhelmingly strong like some legendary Pokemon, but it’s worth going out to get at least one.

Cresselia is a pure Psychic-type, so get your Dark team ready to mow down some Lunar Pokemon. First, let’s jump into how you can find this legendary creature.

How to Get Cresselia

Like other legendary Pokemon, Cresselia will only appear in level-five raids. There’s no indication that this Psychic-type will get a buff, so you should be fine with 3-4 high-level trainers (assuming you’re also high level). Since Dark attackers are so strong and easily attainable, this raid shouldn’t give you too much trouble.

The only problem you might run into with this raid is if you find a Cresselia that has Moonblast as its charge move. This is the strongest Fairy-type move and can thoroughly ruin a team of even the best Tyranitars and any other Dark-types.

We already know Dark Pokemon are a bit touch and go depending upon Cresselia’s moveset. It’s not the strongest attacker in Pokemon Go, but it still shouldn’t be taken lightly.

That’s an easy way to end up wasting a raid pass. Houndoom’s partial Fire-typing makes it neutral to Fairy moves. That means it’s one of the safest Dark Pokemon for this raid. Gyarados is also a safe option since Cresselia doesn’t have any moves that are super effective against the Water/Flying-type.

Ghost-type Pokemon should be the safest attackers against Cresselia. However, secondary typing of top Ghost attackers hurts that claim.

Here are the Pokemon that can give you the upper hand in this raid:

Cresselia is top-20 when it comes to defense and HP. However, that doesn’t matter since it won’t even be allowed in gym defense since it’s a legendary Pokemon. It might be useful as a tank in PvP against Dragons, but that’s about the only thing it does well.

This is one of the most useless legendaries in the game. It has an atrociously bad attack stat which ranks right behind Shedinja and Smoochum.

You don’t need to catch more than one just to fill that Pokedex spot. If you already have one, don’t bother with getting more. It’s a waste of raid passes. Save them for Kyogre and Groudon coming later this Summer.

Cresselia’s moveset is fantastic. It’s just a shame that these moves are wasted on such a powerless Pokemon. Its charge moves are typical for a pure Psychic creature in Pokemon Go:

Looking at Cresselia’s charge moves will make you dream of what could have been with better stats. It has a solid list of hard-hitting moves to take on Dragons and Fighting-types, but not enough attack power to make it count:

Pokemon GO is cruel to some and kind to others. This is an example of the game’s cruelty. They put together a legendary Pokemon with a fantastic moveset and then gave it horrendous stats to make it essentially unusable in any way.

That’s all there is to know about the Cresselia raid in Pokemon GO. If you’re feeling let down by Cresselia, then check out this Groudon Raid Guide to get a preview of what’s coming later this Summer.