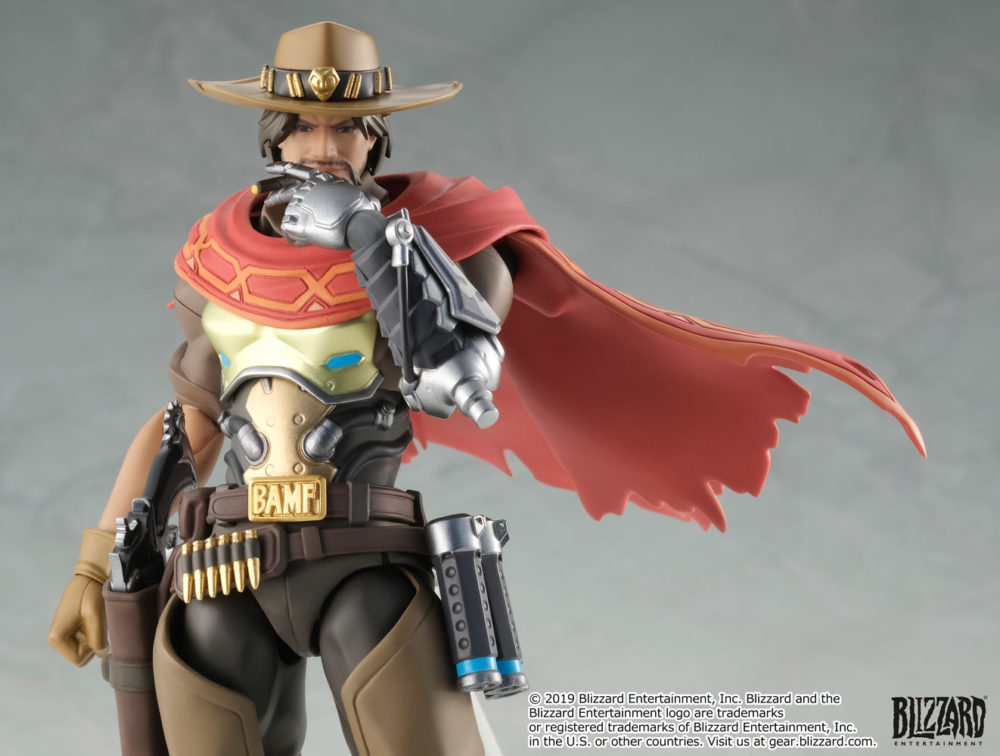 If you’re wondering what a figma is, it’s a series of posable figures by the Tokyo-based manufacturer. They have become so popular that many use the term as a catch-all for Japanese action figures.

The figure is already available for pre-order at several Japanese retailers including AmiAmi for 7,430 yen (translating into $67). The release window is February 2020.

Here’s a list of features directly from the press release:

Sculpted by POLY-TOYS in cooperation with Masaki Apsy, he comes with the usual base, accessories, and alternate hands. He’s approximately 155 mm tall and made in the usual PVC and ABS mix.

If you’d like to see what the Overwatch hero looks like, you can check out a gallery below.

If you’re interested in the figma line, you can also check out the previous entry, Miyamoto Musashi from Fate/Grand Order.