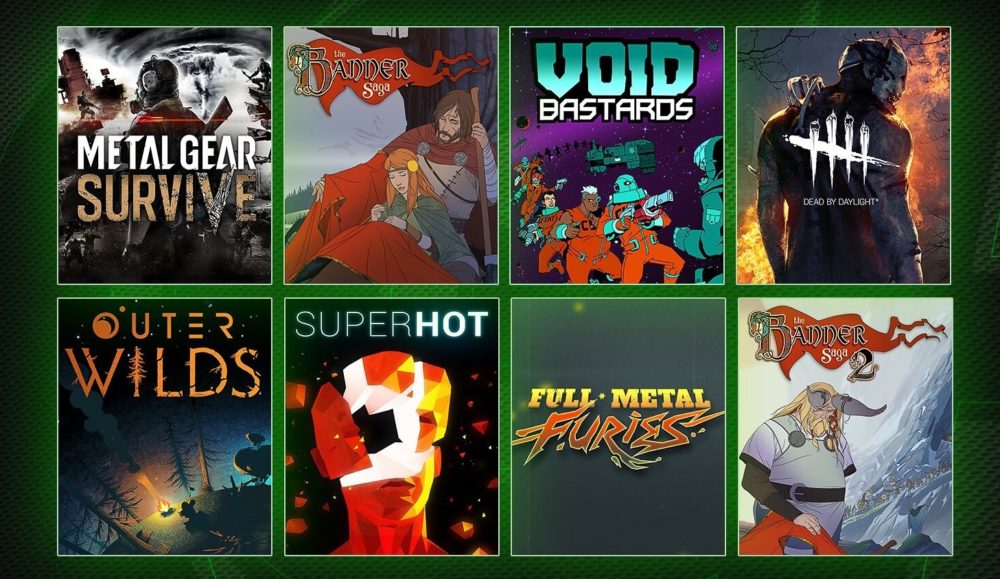 Look alive, Xbox Game Pass subscribers. The next installment of games coming to the Xbox Game Pass has been announced, and there’s a lot to look forward to.

The full list of new Xbox Game Pass entries is as follows:

Of these titles, perhaps the most exciting is Superhot, the time-slowing FPS that took the internet over in 2016. Our reviewer said that “very few games give you the heart-pumping thrill that Superhot does.”

Metal Gear Survive’s inclusion on this list is a bit of an oddity. Considering Survive’s massive backlash last year, it’s a little strange that we can find it on this month’s list of Game Pass title. It’s a strange deal, but at least it’s included, right?

Also notable are the first two Banner Saga games. Banner Saga is a series with slow, grid and turn-based combat, vaguely similar to a Fire Emblem or XCOM game.

The new indie exploration game, Outer Wilds, will be launching day and date on Xbox Game Pass. By all accounts, Outer Wilds is aiming to be a scaled-back version of No Man’s Sky, with a single designed galaxy, and not hundreds of randomly generated ones.

Dead by Daylight is a multiplayer survival horror game that pits a psychopathic killer against their four victims. It may be a bit disturbing for those who dislike horror movies – keep that in mind.

For more on Xbox Game Pass, check out the list of last month’s games.