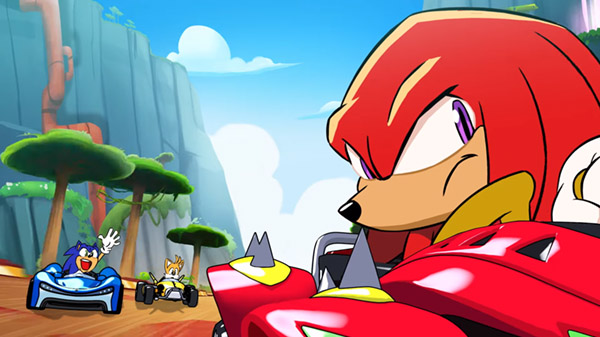 SEGA has released part two of Team Sonic Racing Overdrive Thursday, courtesy of Tyson Heese and Neko Productions. The finale of this comedy tie-in miniseries to Team Sonic Racing features Team Sonic and Team Dark pulling tricks on each other, not to mention throwing up some meme-able faces, and encountering some roadblocks set by Dr. Eggman himself as they’re in the home stretch of the race, driving their way towards the coveted trophy.

Watch the hijinks ensue below.

This episode was even funnier than the first one, no offense to Big the Cat. Knuckles grew eyelashes as he drove away from Rouge chuckling at her, and Eggman greatly underestimated Shadow’s power of paying no mind to dangerous situations as he ran over Eggman’s feline-clad Egg Pawn.

Team Sonic Racing releases May 21 on PlayStation 4, Xbox One, Nintendo Switch and PC. If you missed the first episode of Overdrive you can see it here, and also check out one of the latest trailers for the game showing off its many features.