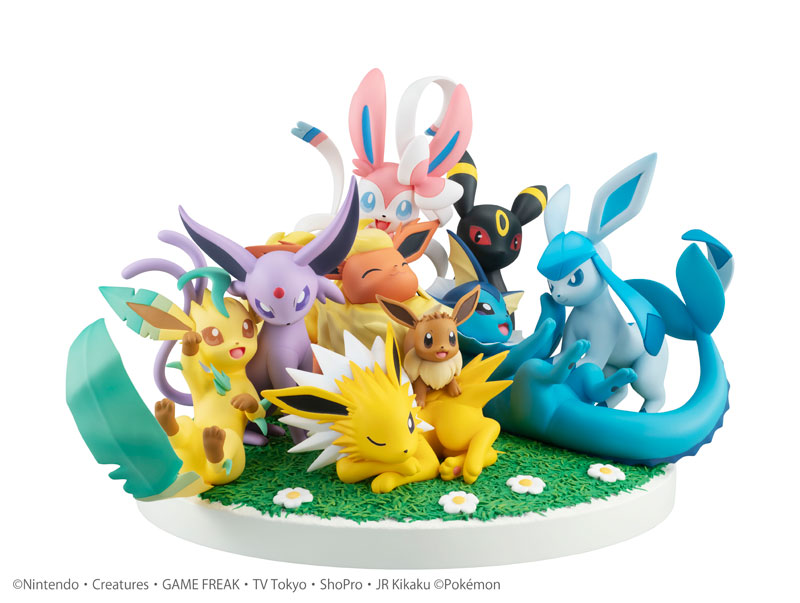 If you’re a Pokemon fan, and especially if you’re in the camp that piked Pokemon Let’s Go Eevee and not that other one, this new figure is for you.

MegaHouse made a brand new figure named “Eevee Friends” available for pre-order at several Japanese retailers, including AmiAmi. I say “figure,” but it’s actually nine figures in one.

As you may very well have imagined, they portray Eevee and it’s eight evolutions, or Eeveelutions, if you want to call them that.

We get the classic s, Vaporeon, Jolteon, and Flareon, and the more modern Espeon, Umbreon, Leafeon, Glaceon, and Sylveon, for a total of nine small and devilishly cute Pokemon on one base. Basically, it’s the dream of every Eevee fan.

The figure is sculpted by Burein, painted by Matsuda Model, and is releasing in August 2019. The price is 10,200 yen, which translates into just north of $91.

If you want to see what it looks like, you can enjoy a gallery below.

Incidentally, if you’re into Pokemon GO, Niantic just revealed its plans for the summer, including events and more. I guess they’ll be a distraction like any other while you wait for Pokemon Sword and Shield to be ready for prime time on the Switch.