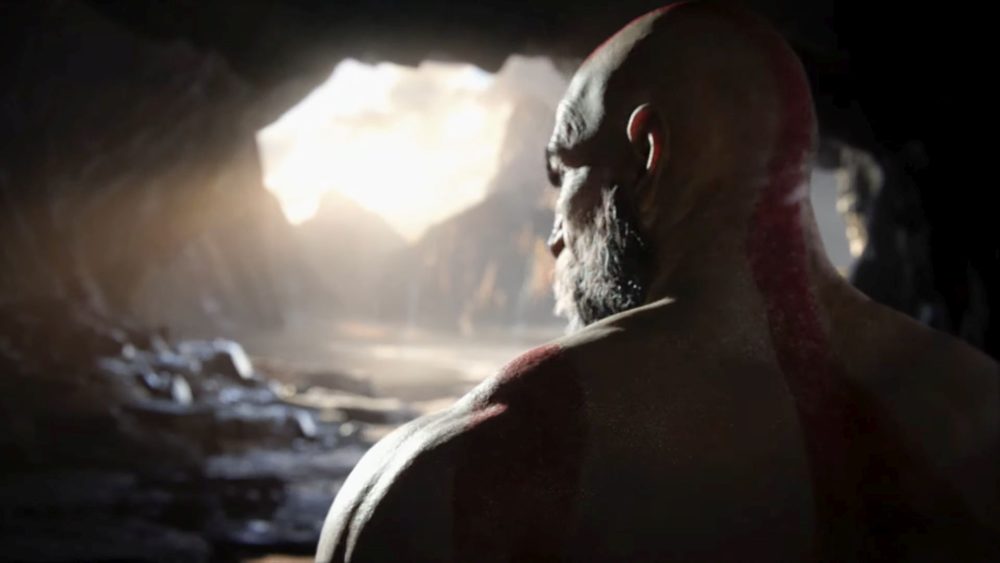 Update: Director Cory Barlog just revealed on Twitter that we jumped the gun. The mysterious clip at the end of the trailer described below isn’t the tease for a new God of War game, but an old pre-rendered teaser of the game that launched last year.

It was supposed to be added at the end of the 2015 God of War III Remastered for PS4, but the folks at Santa Monica ran out of time and didn’t manage to include it on the disk.

Oh, to all asking about the final shot in the trailer.

That was the original pre-rendered teaser trailer for GOW 2018 we were going to hide on the GOW 3 remastered PS4 release. But we ran out of time to get it on the disc so it ended up getting put on the shelf until now.

It was such a good twist of fate that things did not finish in time because the E3 reveal turned out be such better time to unveil the game.

Imagine your reaction if you actually saw the clip at the end of God of War III. I would have lost my mind.

That being said, the good folks at Sony Santa Monica made me fall for it hook, line, and sinker. I’d like to apologize for possibly misleading you for a few minutes.

That being said, finally getting to see this is still really awesome.

You can read the original article below:

Today Sony Interactive Entertainment announced a feature-length documentary dedicated to the making of God of War, but at the end of the reveal trailer, there’s something certainly interesting.

We see Kratos walking in a cave as someone approaches him to behind. As our hero turns around, he says “we have a long journey ahead.”

This scene doesn’t appear in God of War, and it could be a tease of the next game of the series.

To be fair, at the moment it’s nearly impossible to say for sure what the scene is teasing, but it’s certainly very interesting. For now, you should take this speculation with the customary grain of salt.

You can check out the scene in question just below, and draw your own conclusions.  One thing we do know is that this shouldn’t be a DLC, as none are planned.

If you’re unfamiliar with the game, you can check out our review and get a few hints on why you should be excited about the possibility of another game in this series.