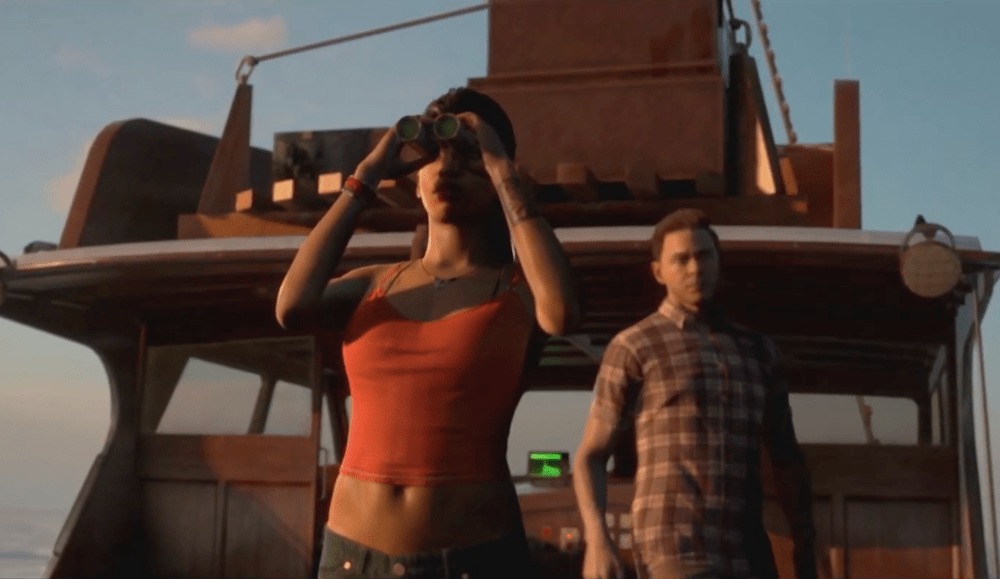 Another developer diary for Supermassive Games’ Man of Medan has been released, this time taking a look at how the developers use cinematic techniques to hammer in the title’s spooky aesthetic.

Streamed by publisher Bandai Namco Entertainment on Apr. 4, the diary sees the developers from Supermassive going over how they’ve worked to make the game’s setting scarier and more unnerving.

In addition to swapping out the natural, sun-based lighting from the game’s intro with darker, artificial lighting once a storm hits, the title also sees its color palette altered based on the emotions the team wants to convey.

Earlier, safer portions of the game are set in a softer and more natural color palette. As the game enters its more horror focused portions though, the palette becomes drenched in darker blue tones.

“This is really the first time the characters are leaving the relative safety of the start of the game, and we definitely wanted to find a way to represent that in the art,” Robert Craig, the game’s art director, says.

Likewise, the camera angles and shooting techniques emulated change based on the situations the characters are in.

Calmer moments see steadier, more traditional camera shots, while moments like the storm hitting were designed to be unsteady and similar to hand cam footage.

This is all in addition to the game’s sound work, which has been carefully optimized to breed a sense of unease the further into the ship the characters get.

“Once the players journey into the ghost ship, the water is still ever present, and we use audio to remind the players of this with the waves pounding against the hull of the boat,” Hywel Paine, the game’s audio designer, says.

“They’re like the heartbeats of this enormous beast. All these creeks and groans, it’s this sort of leviathan ready to swallow them up at any moment.”

It’s all capped off with a peak at how the studio designed the title’s underwater segments, which utilizes research done on how people interact with and react to one another when submerged.

Those interested can view the full dev diary down below.

Announced in August of 2018, Man of Medan is the first in a series of titles included in The Dark Pictures Anthology. Each will tackle a different horror theme, told in the same cinematic style Supermassive made their name with thanks to Until Dawn.

Man of Medan is set for release this summer on PlayStation 4, Xbox One and PC. For more on the game, check out the previous dev diary going over the lengths Supermassive has gone to in creating the game’s sounds and environments.