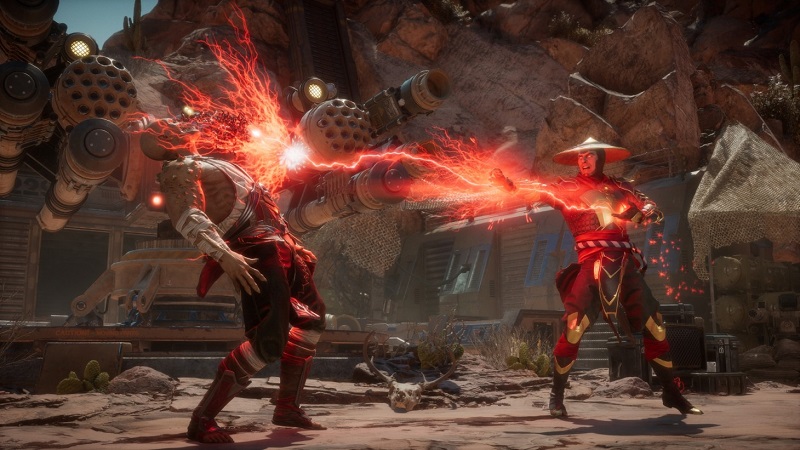 We’re still a week away from the release of Mortal Kombat 11 but NetherRealm has already revealed some of its plans regarding the game’s first major esports championship.

The developer announced today via a new press release that is it teaming up with Warner Bros. and Intersport for an upcoming series of global tournaments collectively known as the Mortal Kombat 11 Pro Kompetition 2019/2020.

The three companies are looking to make a big splash in the world of esports right off the bat. As such, the first season of the Pro Kompetition will offer a pretty hefty overall prize pool of $255,000.

As far as the structure of the championship is concerned, the Pro Kompetition 2019/2020 is split into nine different live events across North America, South America, and Europe. In addition, there will also be a number of online tournaments in order to offer everybody has a fighting chance at the $155,000 prize pool.

Once the dust settles, 12 players will move on to the next round while three additional spots will be offered to the winners of the Northern Arena, Liga Latina, and the Interkontinental Kombat tournaments. The final spot is reserved for the winner of a special tournament that will take place one day before the Mortal Kombat 11 Pro Kompetition finals.

The first round of the qualifiers will take place between May 24 and May 26 at Combo Breaker 2019 in Chicago. Meanwhile, the top 16 players will duke it out for the remaining $100,000 at Final Kombat in Chicago next year.

Mortal Kombat 11 launches on April 23 for PC, PS4, and Xbox One. The game introduces a number of interesting new characters like Cetrion and the Kollector along with plenty of brutal new fatalities.