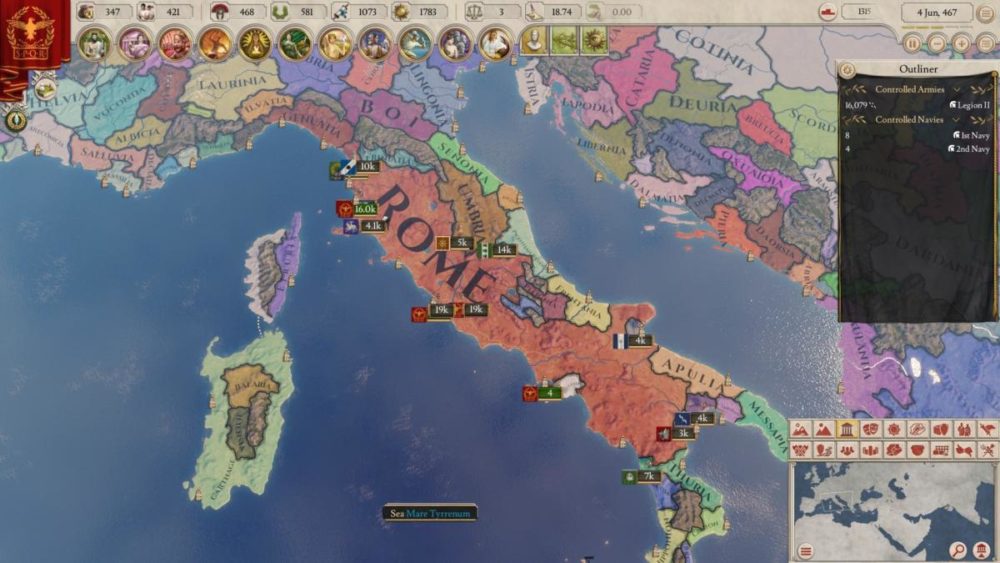 As great as it is to see your original capital city grow and thrive in Imperator Rome, you may end up wondering if you can change your capital in Imperator Rome. That’s why, for better or worse, we have an answer for you.

Can You Change Your Capital in Imperator Rome? Answered

As it stands, you can’t change your capital city at will. Instead, you can only change it if it is captured by enemy forces and you have other cities that are still viable as an extension of your empire.

In all other instances, you’ll have to live with whichever city you chose as your capital at the beginning of the game as the core of your empire until you complete the game.

Why You Can’t Change Your Capital in Imperator Rome

It’s definitely a bummer for those who prefer to change things up from time to time. When looked at from a development perspective though, it’s an understandable concession.

In addition to serving as the symbol of your empire, your capital also serves as the hub for everything that grows out of the decisions you make.

The roads you lay; the armies you form; and the stockpile of materials you accrue all lead back to the first decisions you make regarding your capital. As a result, a plethora of code and programming are tied to this first city.

Changing this would require additional programming to be implemented, which could have drastically increased the game’s development time and the subsequent strain on developers.

Will You Ever Be Able to Switch Your Capital?

Of course, that isn’t to say you’ll never be able to switch your capital in Imperator: Rome.

Given how highly requested the feature is, it’s highly possible it will be added into the game in a future update or patch. Nothing is confirmed at this time, but it’s still worth watching out for in the coming months.

Hopefully, this cleared up whether you can change your capital in Imperator Rome. For more on the game, check out our guide on how to win wars.