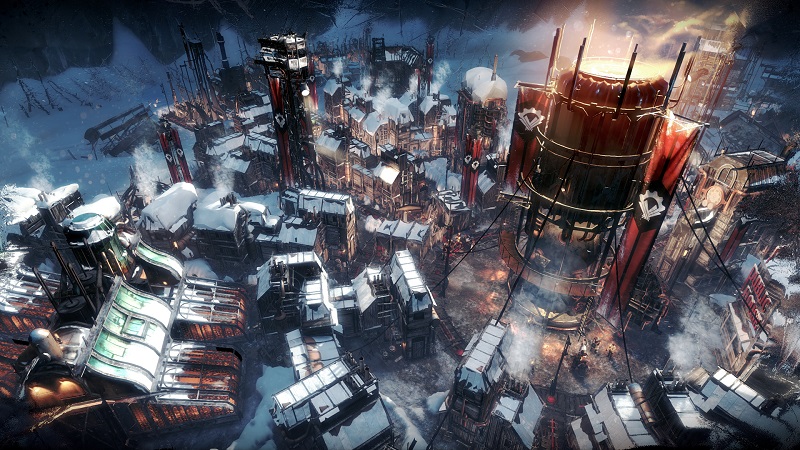 Frostpunk is a very interesting city builder with survival elements that made its debut on PC almost one year ago and is now almost ready to launch on consoles. Although an exact release date has not been specified just yet, developer 11 Bit Studios confirmed today that the game will launch for PS4 and Xbox One “this summer.”

Frostpunk managed to sell over 250,000 copies in the first 66 hours after launch. That’s a pretty impressive feat considering that this is a pretty niche title that was only available on one platform upon release. A large portion of its success can be attributed to the game’s unique setting, which puts a post-apocalyptic spin on the familiar steampunk formula.

The other main reason why Frostpunk sold so well was likely thanks to the fact that 11 Bit Studios has a good reputation among gamers who enjoy indie titles. Some of the Polish developer’s previous projects include games like This War of Mine and the Anomaly series, both of which were also very well received.

Frostpunk: Console Edition will feature a slightly different UI re-designed with controller support in mind. The developers are also tweaking some of the gameplay mechanics in order to make them a bit more intuitive and console-friendly. In spite of these changes, the devs stressed that the port is in no way a dumbed down version of the original and that the Console Edition will be just as punishing as the PC one.

According to 11 Bit Studios, the PS4 and Xbox One versions of Frostpunk will include the base game along with all the free updates released over the past year. This includes the Survivor and Endless modes, the People & Automatons update, The Fall of Winterhome scenario, and more.

If you want to learn more about the game check out Twinfinite’s Frostpunk review and wiki guide. Alternatively, if you’re looking for games that are similar to Frostpunk, you’ll find 6 of the best ones right here.