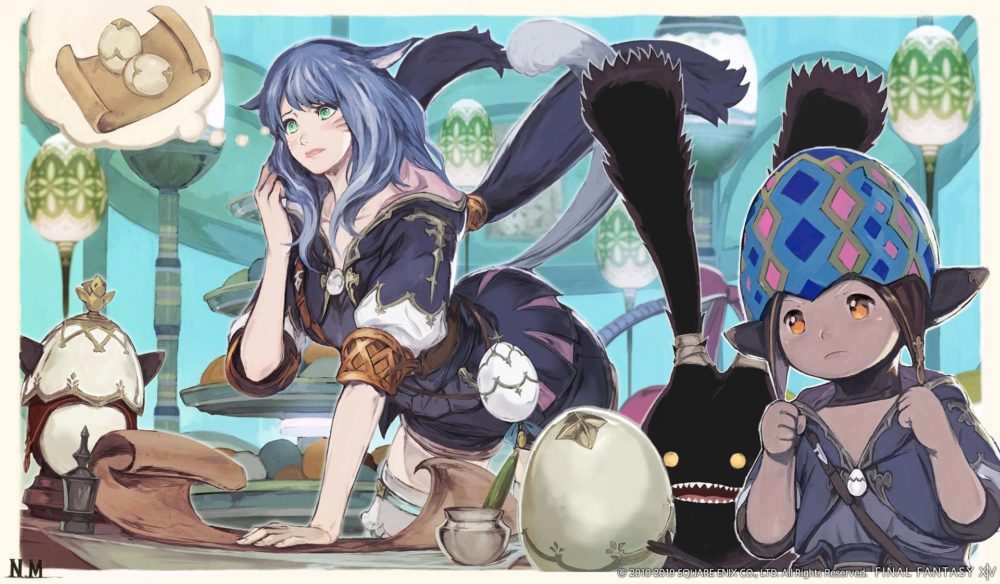 I say “of course” because the team at Square Enix is always very keen on preserving tradition for this kind of event, and Hatching Tide has celebrated Easter for the longest time.

The event will launch on April 9 at 1:00 AM PDT and end on April 22 at 7:59 AM PDT. Players will be prompted to visit Jilhi Aliapoh at the usual amphitheater in Old Gridania.

The rewards for the yet undisclosed quest chain will include a cute spriggan-themed outfit and three furniture pieces, the Archon Egg Pile, the Eggcentric Chocolate Cake, and the Eggcentric Crown Roast.

You can check them out below alongside the lovely artwork created for the occasion.

If you want to know more about Final Fantasy XIV and its upcoming expansion Shadowbringers, you can check out the latest reveals from Tokyo FanFest including the Dancer job and the Hrothgar race,  an official batch of screenshots, and a look on how the new city of Crystarium has been created.

If you’d like to get ready before the expansion’s release, Final Fantasy XIV: Stormblood is currently available for PS4 and PC, and a few more updates are coming. Recently, we received a full schedule of the upcoming patches and a look at the upcoming crossover with XV.