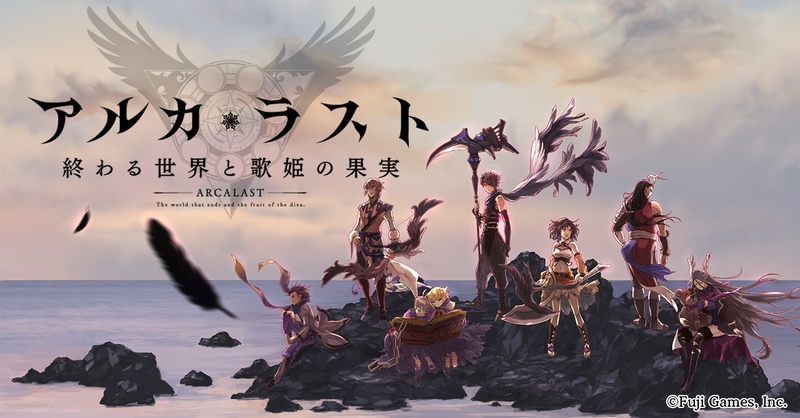 Today Tokyo-based developer Fuji Games opened a teaser website for a new game titled Arcalast: the World that Ends and the Fruit of the Diva.

We don’t know much of the game just yet, besides the fact it’s for iOS and Android that the count down is expiring in just 24 hours. That being said, the staff behind the title has already been revealed, and boy, there are some big names in there.

At the helm and also responsible for the main character design is Junko Kawano, mainly known for the Suikoden series. Osamu Komuta is also credited for the original work and draft planning. He directed Genso Suikoden: Tsumugareshi Hyakunen no Toki for PSP, Suikoden Tierkreis for Nintendo DS and Suikoden Tactics.

Michiru Yamane is the composer of the main theme. She worked on Suikoden III, Suikoden IV, the Castlevania series, and more recently Bloodstained Curse of the Moon and Ritual of the Night.

Yuzo Koshiro is working on the battle music. He is known for the Etrian Odyssey series, the Shenmue series, the 7th Dragon series, and many more.

Last, but not least, Takeshi Yanagawa is responsible for the scenario music. He worked on Shenmue, Culdcept, and the Etrian Odyssey series.

Below you can see the key artwork designed by Junko Kawano.

If you’re interested in the legacy of Suikoden, you can also check out the upcoming The Alliance Alive HD Remastered, written by Yoshitaka Murayama.