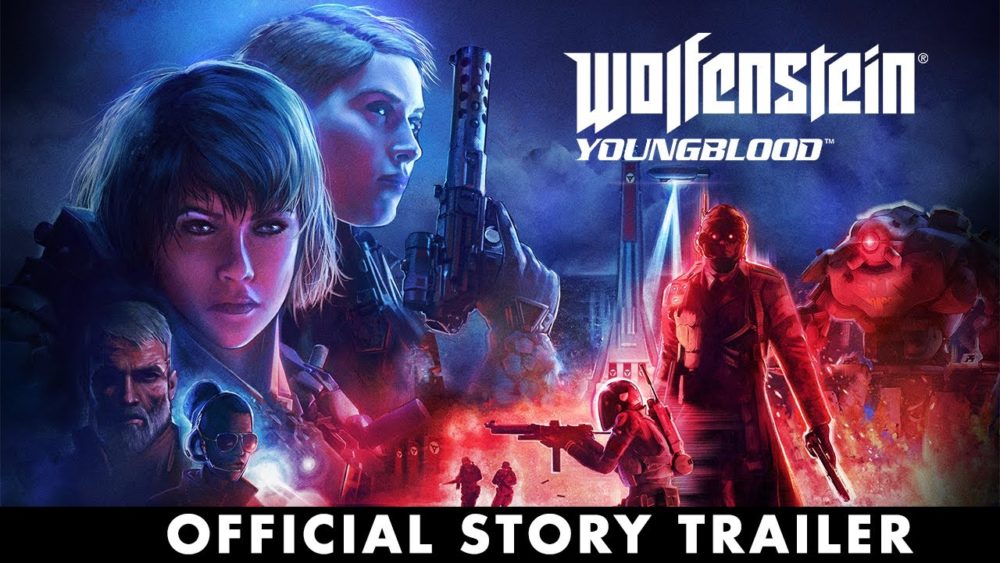 Wolfenstein fans won’t have to wait long for the upcoming spin-off Youngblood. A story trailer dropped by Bethesda today has revealed the alternate 1980s history-themed shooter is set to launch this July 26 on PS4, Xbox One, PC, and Nintendo Switch.

“Welcome to the 1980s,” reads the trailer description’s first line, and we’re certainly getting plenty of those retro vibes in the two-minute video. New female protagonists dubbed ‘The Terror Twins,’ funky sci-fi technology, and an absolutely pumping synth beat set the tone for this next chapter in the Blazkowicz saga.

Youngblood is continuing the same focus on story-driven FPS gameplay, with plenty of dialog in what appears to be substantial cutscenes. The trailer tees up the overall narrative of the game, as The Terror Twins seek to “drive the nazi’s out of Paris” while on the search for their father, B.J Blazkowicz, who’s been missing for years.

But not before he taught his daughter how to kick some serious ass, apparently. We get to see plenty of the series’ signature shooter gameplay, which appears every bit as bloody and bombastic as ever. It’s safe to say we can expect even more outrageous weapons, armor, explosions, and strange retro-futuristic nazi technology in Young Blood.