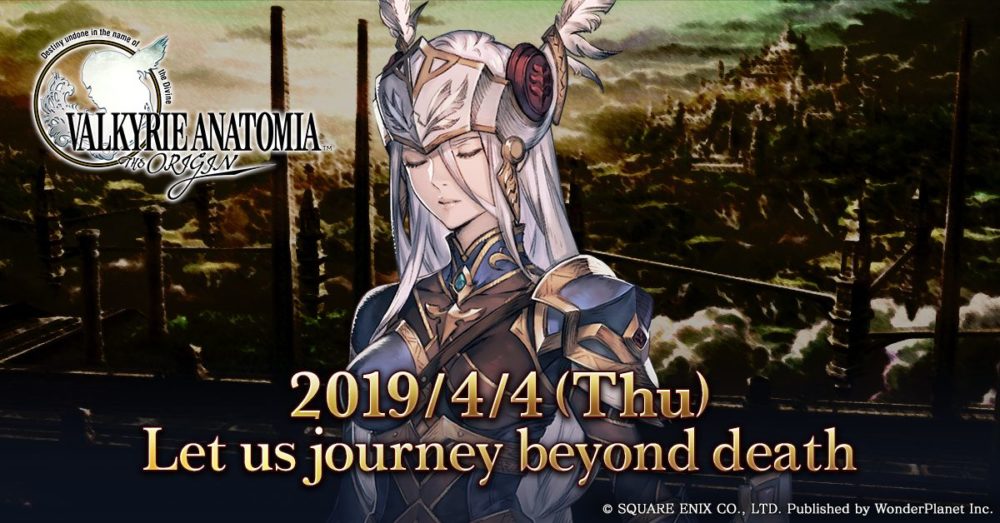 Back in 2016, Square Enix released a mobile game based on the Valkyrie Profile franchise titled Valkyrie Anatomia: The Origin. For a long time, the game has been confined to Japan, but this is about to change.

The game has been localized in English (and Traditional Chinese) by Nagoya-based publisher WonderPlanet and it finally has a western release date. It will be available Globally with the exception of China on April 4 for iOS and Android.

We also hear that special events and promotional campaigns will begin immediately upon release of the game, so starting early will net you an advantage if you’re interested.

We also learn that the Japanese version of the game passed 3.5 million downloads, so it’s fairly popular. It’ll be interesting to see if it’ll manage to carve itself a sizable niche in the growing western mobile market.

Of course, this is a free to play game, so you can expect a gacha-based business model. If you’d rather have a full Valkyrie Profile experience out of the box on mobile platforms, Square Enix recently ported Valkyrie Profile: Lenneth.

In the gallery below you can see a set of images and a message from the producers who worked on the game.