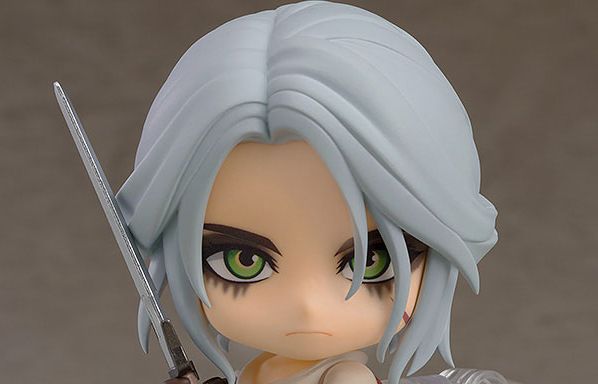 If you’re a fan of The Witcher 3: Wild Hunt, you’re certainly familiar with Ciri, and you’re soon going to be able to have her on your shelf in nendroid form.

Being a nendroid, it’s, of course, coming from Tokyo-based manufacturer GoodSmile Company, and it’s now available for pre-order at several retailers (including AmiAmi).

She is approximately 10 cm tall, made with the usual mix of PVC and ABS, and she is fully posable, including replacement parts for different expressions, a base, and accessories aplenty. Did I mention that she is absolutely adorable?

One thing is for sure: the nickname “Lion Cub of Cintra” has never been more appropriate.

She is sculpted by toytec D.T.C in collaboration with Nendoron.

You can check her out below, also displayed alongside the Geralt nendroid which launched last year.

The Witcher 3: Wild Hunt is currently available for PS4, Xbox One, and PC.