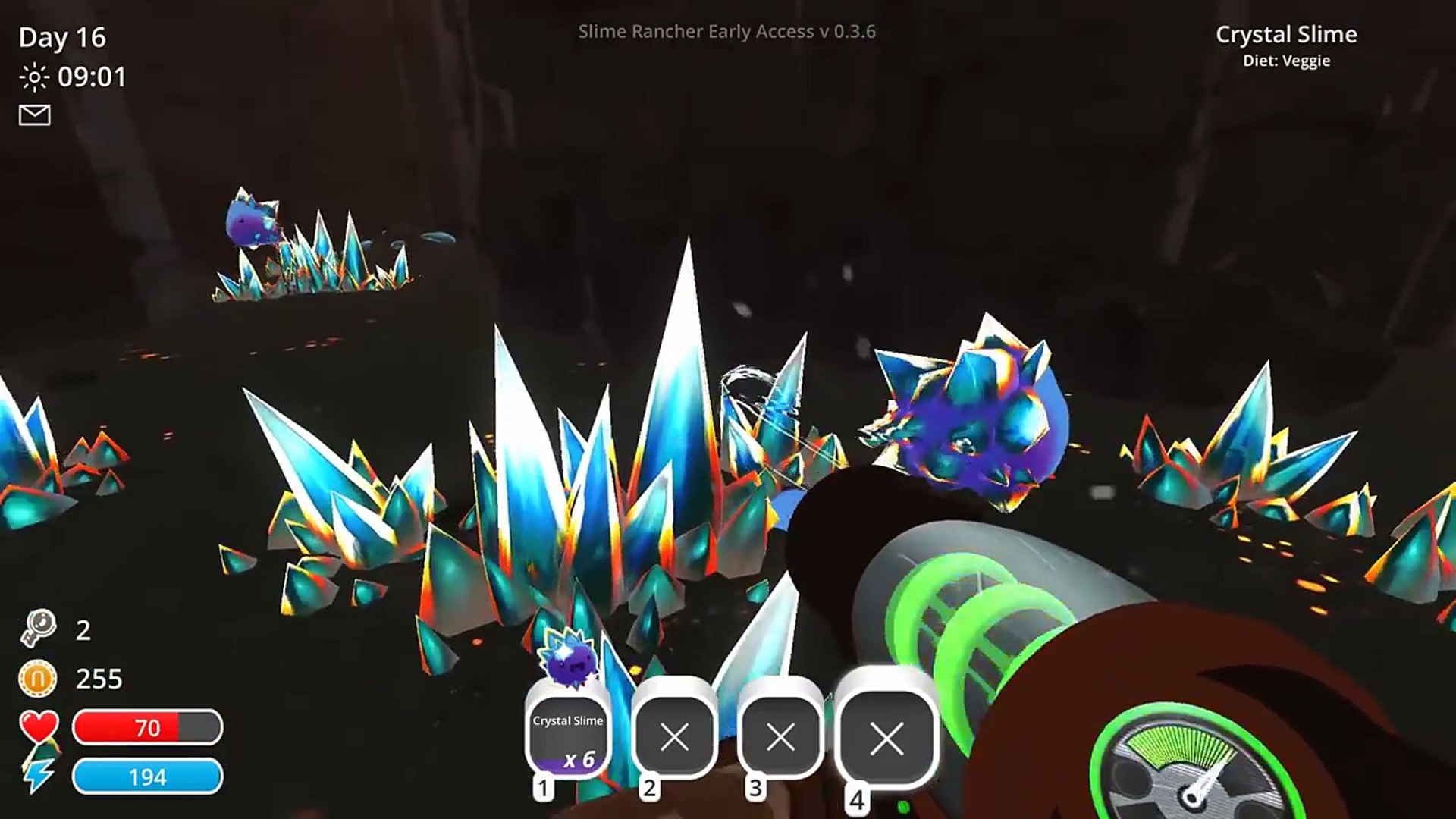 How to Get Crystal Slime in Slime Rancher

The name of the game in Slime Rancher is to collect and cultivate different types of slime, and as such players will want to know where each type of slime can be found. That’s why we’re here today to help you figure out how to get Crystal Slime in Slime Rancher.

Found in a specific area of the Indigo Quarry, Crystal Slime are similar in appearance and temperament to Rock Slime. However, their sharp crystals allow them to deal three times as much damage should the player get careless around them.

Likewise, they inhabit an area rife with potential threats, including patches of crystal made by the slimes that can obstruct the player’s movement and cause damage.

As such, catching them can require some careful planning and preparation.

To get a Crystal Slime with minimal hassle, have some water ready and on hand to spray. This will melt the crystals made by the Slimes and allow you to capture them more easily.

Once you’re ready, head to the Indigo Quarry and look for a room with patches of Volcanic Ash Flowers are scattered about. It will be near a pool of water where Puddle Slimes can be found grouping together.

Purplish blue slimes with crystals coming out of their heads and backs should be visible and rolling around the area, leaving crystals behind them as they go.

Once inside, spray any crystals you see on the ground. This will give you more room to maneuver. After you’ve done so, wait for the Slimes to finish a rolling animation and then try to vacuum it up.

While not inherently hostile, trying to capture the Slime can cause it to try and roll into and damage you. Keep your wits about you and dodge its movements long enough to vacuum it up. Rinse and repeat this strategy, and you’ll have more than you know what to do with in no time.

That’s all you need to know for how to get Crystal Slime. For more on Slime Rancher, check out our guide on how to get Newbucks fast.