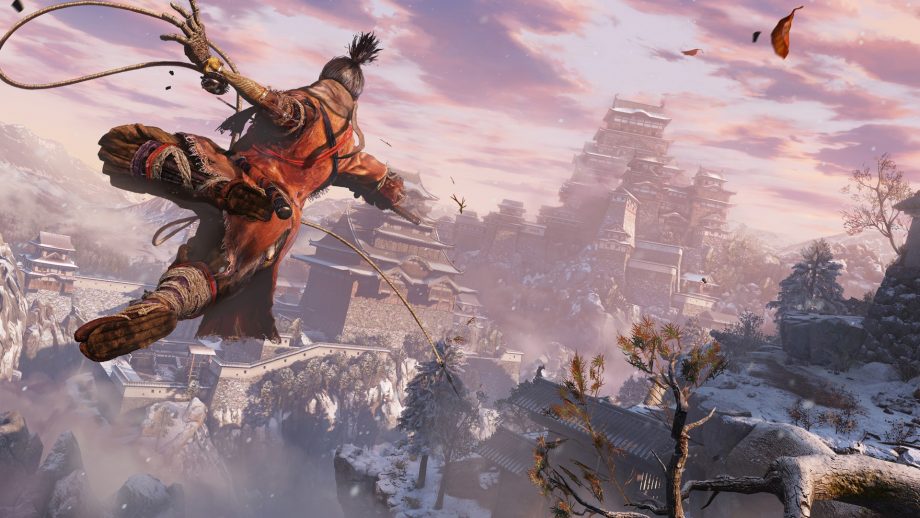 How to Solve the Kite Puzzle in Sekiro

As you might expect from the developers of Bloodborne and the Souls games, Sekiro: Shadows Die Twice is full of obscure or minor little things that don’t seem to serve a purpose. Here’s how to solve the kite puzzle in Sekiro.

Where the Kite Is in Sekiro

The kite puzzle itself is located at Senpou Temple, which is an area that’s best accessed after you’ve defeated Genichiro Ashina. You’ll want to head to the Abandoned Dungeon Entrance and follow the linear path all the way to Senpou Temple itself.

Just past the first Sculptor’s Idol, you’ll find a wooden mechanism near the edge of a cliff. That’s where the kite puzzle is.

How to Solve the Kite Puzzle

First off, you need to have defeated the Folding Screen Monkeys, which is a puzzle boss fight found at the very end of the Senpou Temple area in Sekiro. After defeating the boss, you’ll get a new Ninjutsu ability that lets you manipulate enemies, so equip it now.

Head back to the kite puzzle mechanism, and you should see an enemy facing it. Backstab the enemy and use the Ninjutsu ability to take control of it. The enemy will then operate the mechanism and hold the kite in place.

Now, you have to make your way through the Senpou Temple area and get to the clearing with the broken bridge that leads you to the Shugendo Sculptor’s Idol. This means that you just have to progress until you reach the first temple with the monks kneeling down.

Continuing the kite puzzle in Sekiro, hop out the window and you’ll be in the clearing. Instead of moving forward, grapple onto the tree in front of you.

Next, grapple onto the cliff and go to the end to find the kite with a grapple point.

Grapple onto it and you’ll be at a new ledge. Turn to your right and jump, and you’ll find another grapple point.

Keep following this path and you’ll eventually find the Great Serpent below you, where you can kill it instantly with a plunging attack. However, do note that the Great Serpent won’t appear here until you’ve at least reached the Gun Fort area in Sekiro.

That’s all you need to know about how to solve the kite puzzle in Sekiro. Be sure to check our Sekiro guide wiki for more tips and information on the game.