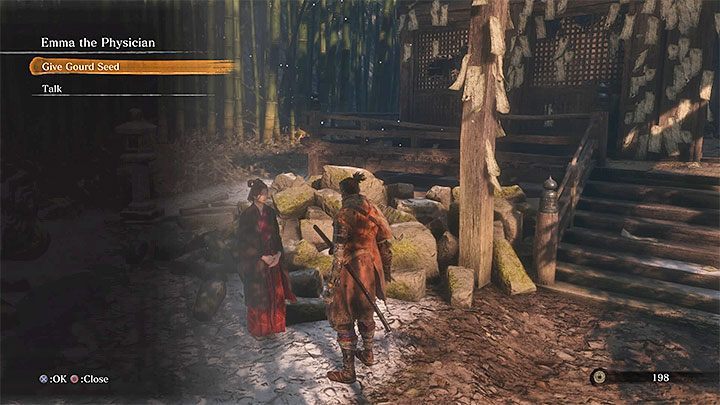 Where to Find All Gourd Seeds in Sekiro

Even though Sekiro: Shadows Die Twice is very different from a Souls game, there’s still a few similarities, particularly in the way you heal. Whereas Souls has Estus Flasks, Sekiro has Healing Gourds, which work exactly the same way as limited-use items that get restored when you rest at a waypoint. So with that, here’s where to find all Gourd Seeds in Sekiro.

At the very start of Sekiro you’ll only have one Healing Gourd, meaning you can only heal once until you rest, unless you have other consumable healing items. By finding Gourd Seeds you can increase the number of Healing Gourds you have, with each seed giving you one additional Healing Gourd.

Of course, once you get a Gourd Seed, make sure you take it back to Emma at the Dilapidated Temple, so she can turn it into a Healing Gourd.

Below you’ll find all of the Gourd Seed locations in Sekiro that we know about. Keep in mind that there may be more Gourd Seeds waiting to be found in the game, and we’ll make sure to update this article should we find any more.

That’s everything you need to know about where to find all Gourd Seeds in Sekiro. Make sure to search Twinfinite for even more tips, tricks, and info, or take a look at our Sekiro guide wiki.

If you’ve found any other extra Gourd Seed locations that we’ve missed, make sure to leave them in the comments down below!