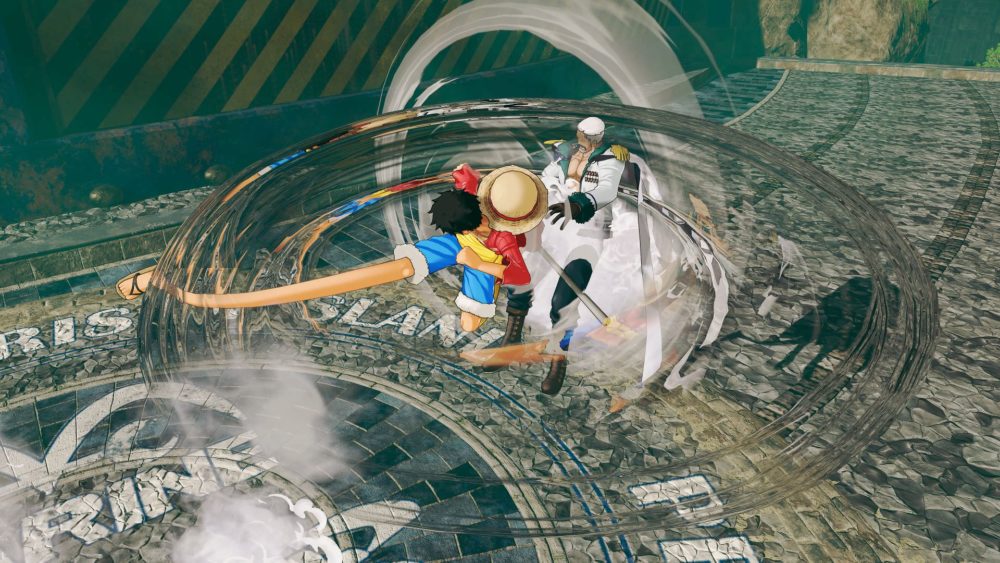 A difficult adversary in his own right, Smoker is a boss players can encounter several times throughout the game. These play out much the same way other boss fights do, with you squaring off against enemies head to head in a straight out brawl.

And yet, with this challenge’s requirement, you’re tasked with landing an instant kill on Smoker that’s normally reserved for enemies you sneak up on without them noticing.

This can be frustrating at first, especially since the number of times you can take on Smoker is limited. Likewise, it’s needed to increase your Karma with Law, which is the only way to unlock the Sky Islands area of the game.

However, it becomes a cakewalk once you learn about the game’s stun mechanic.

How to Stun Smoker

Inflicted on opponents that you hit with especially powerful moves, a stun temporarily makes any enemy immobile in One Piece World Seeker. During this period, they can be hit with a takedown that instantly knocks them out.

Smoker is no exception to this, and while he can be slippery thanks to his Smoke Smoke fruit abilities, the Conqueror’s Haki ability can still stun him long enough to land a takedown.

To use Conqueror’s Haki, you’ll need to unlock it from the lowest branch of the Parameters skill tree. This will cost you 500 skill points, so complete a few side missions and kill some enemies if you’re short of the required amount.

Once you have it, enter the fight and hammer Smoker with combos to fill up your tension meter. You’ll need three full tension gauges to use your new ability.

Once you have three gauges filled, unleash your Conqueror’s Haki by holding L1 and pressing the X button. This will stun Smoker for a few seconds. Run over to him and the prompt to use a takedown should appear.