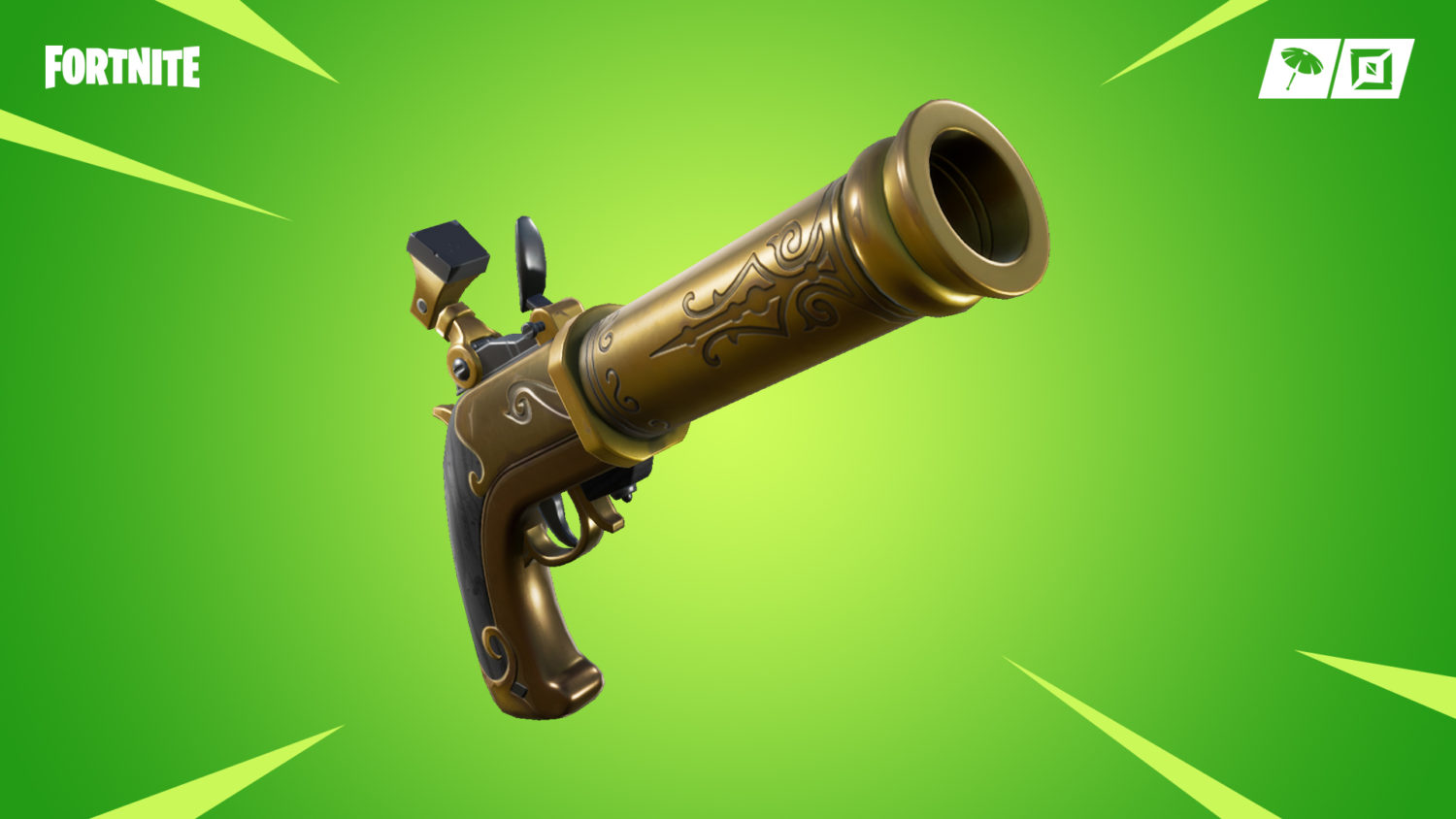 Epic Games released the patch notes for the 8.11 update for Fortnite coming to all platforms today, adding new weapons for both Battle Royale and Save the World modes.

The newest weapon to grace the Battle Royale mode is the Flint-Knock Pistol, a flintlock-like weapon that fits the pirate theme of Season 8. The pistol uses heavy ammo and can knock back enemies if close enough, and the shooter too if not crouched when firing. It is meant for close range with “significant damage falloff” and a three-second reload time after each shot.

Impulse Grenades have returned to the game with the update after being vaulted at the beginning of Season 6. It has also been buffed against vehicles with impulse strength against them increased by 344%, which sounds excessive until it can seen.

The last major change for Fortnite: Battle Royale includes the recently introduced hamster ball vehicle Baller, which has had its spawn rate reduced from 100% to 50%.

The cooperative Save the World mode adds the new Sir Lancelot Spear weapon and Battle Hound Jonesy hero to the Weekly Store beginning today at 8 p.m. ET over the next week. The limited-time hero returns with two new perks that increases Frag Grenade maximum charges, since the 8.0 update completely reworked hero abilities and loadouts.