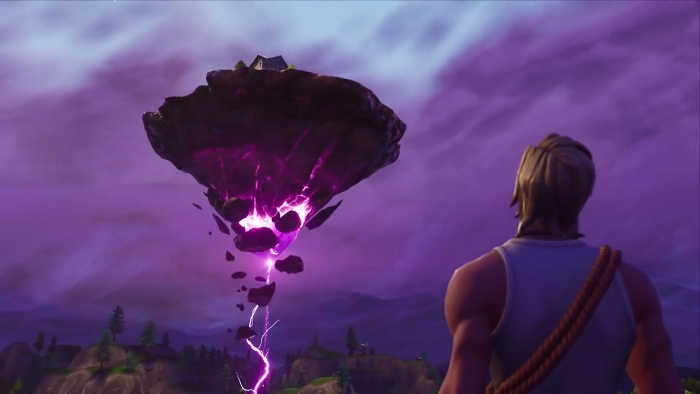 The sixth in-game season for Fortnite went live today with the 6.0 patch, adding plenty of changes to Battle Royale and a few new additions to the cooperative Save the World mode.

Battle Royale’s selection of weapons has changed drastically with this patch, as developer Epic Games has vaulted several weapons and traps: Bouncer, Impulse Grenade, Light Machine Gun, Remote Explosives, and Suppressed Submachine Gun. This is the most the studio has removed at one time, though these items will still appear in the game’s creative Playground mode. A new consumable has been added called Shadow Stones that causes players to enter “Shadow Form,” where players are invisible when stationary, cannot use weapons, and can phase through objects with a dash ability for 45 seconds.

The map also received major changes with new areas. The cube, which dissolved in Loot Lake last week, has lifted the small island of the lake into the air, while the low gravity areas it left behind have transformed into rugged and uneven hills.

The patch added other new features to Battle Royale, such as custom control bindings, pets, music packs, input-based matchmaking on consoles, storm circle time changes, and more. Check out the full list of changes with the official patch notes.

Meanwhile, Fortnite’s Save the World received bug fixes related to performance, weapons, and UI. The new Riot Husky enemy has been added and can bash players with a refrigerator door, while the new Ratatat Machine Pistol is currently in the Event Store for a limited time. The last huge change is that players with multi-factor authentication enabled on their Epic accounts will receive 50 armory slots, 10 backpack slots, and 1 Legendary Troll Stash Llama, similar to how Battle Royale players received a new dance emote last month for the same action.