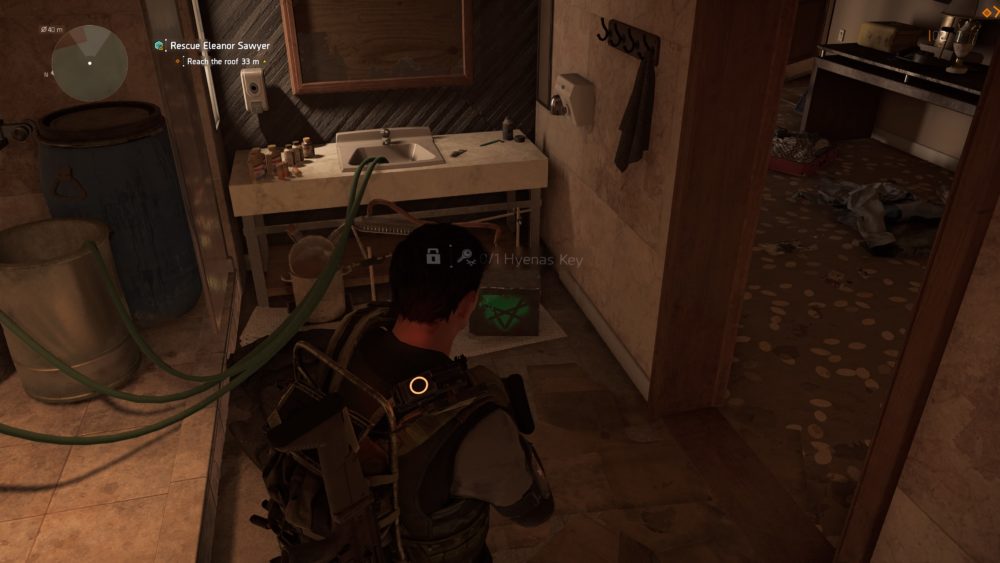 Ubisoft’s The Division 2 has you gunning your way through rival factions intent on taking over DC once and for all. As an Agent, you’re not going to let that happen, and you can pinch their hard-earned loot, too. You may have noticed an item called Hyenas Keys in your inventory is required. Here’s how to get Hyenas Keys in Division 2.

What Hyenas Keys Are Used For

First things first, let’s run you through what these Hyenas Keys in Division 2 are all about. Simply put, they’ll open crates that you can find around the world containing powerful gear and weapons to help you along on your adventure to save the capital.

We’ve included a screenshot above showing off one of these Hyenas Crates, which can be identified by the green icon on the side indicative of this faction.

It’s worth noting now that these keys aren’t the only ones you’re going to find in Division 2. We’ve already found an Outcast Key, too, which can be used to unlock corresponding boxes. Simply put, there are a bunch of different faction keys that’ll unlock you these handy boxes.

Where to Find Hyenas Key Locations in Division 2

Hyenas Keys can be found in the Underground tunnels in Division 2. In particular, you’re looking out for what look like breaker boxes on the walls as shown in the image below.

Any time you can interact with these small boxes on the walls, do so. Chances are, if you don’t find a Hyenas Key in there, you’ll find another of the faction keys which will no doubt come in handy later on when you come across one of their crates.

Check out PurePrimeNL’s video below showing off all Hyenas Keys locations in Division 2’s Underground tunnels, as well as where to track down other faction keys in the White House district.

That’s everything you need to know about how to get Hyenas Keys and what they’re used for in Division 2. For more tips, tricks, and guides for your adventures through the capital, be sure to check out our ever-expanding Division 2 guide wiki.

Comments
Continue Reading
Related Topics:Division 2, find, get, Guide, How to, hyena keys, Section: Weapons and Gear, The Division 2 Wiki, unlock, what they do, where