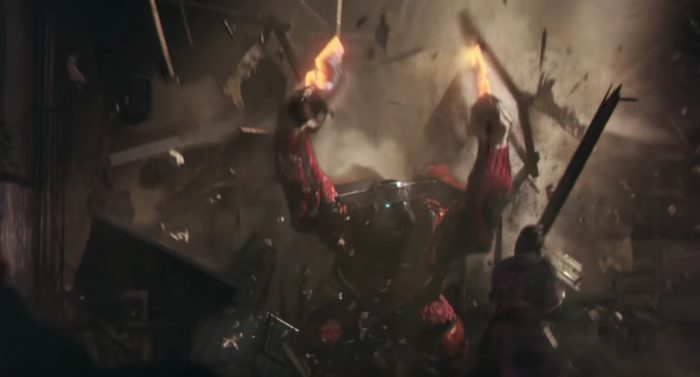 How to Get Samples for Destiny 2’s Invitation Quest (Fallen, Cabal, Taken)

Not only is Xur at least sometimes useful again, this week kicks off a quest line that he will offer up weekly until players run through all of the missions. Called The Invitation, the quest should illuminate more about the mysterious “Nine”, which is especially in vogue after the recently released Allegiance story line. The first step requires you to get samples from Fallen, Cabal, and Taken) in Destiny 2’s Invitation quest. Here’s how to do that.

While there are plenty of quests in Destiny 2 that task you with killing aliens, most of them, in fact, have you do just that, sometimes in specific ways, this first step in Invitation is a bit vaguer.

It just asks you to collect the samples from Fallen, Cabal, and Taken, but doesn’t give you any further instructions. If you’re here, you probably killed a few, didn’t get any samples, and are wondering what gives.

First, make sure you’re in the EDZ. If you’re not, you’re definitely not going to get any samples, because Xur and his pals want it specifically from the EDZ.

Second, you need to know that the drop rate is not 100%. It doesn’t operate like most other “kill the alien to get the stuff” quests in Destiny 2. You’ll need to kill a bunch to get the drop.

Best Way to Farm Them

By far the easiest way to farm samples is to just run lost sectors in the EDZ. Most lost sectors feature a lot of tightly-packed enemies that you can just run through, loop back around and repeat until you have all the samples you need.

For the Cabal, we recommend the Lost Sectors in the Sunken Isles, as they have plenty of Cabal.

Fallen lost sectors are all over the place, but primarily, the Trostland has a bunch that you can pick from, whatever ones suit your fancy will work just fine.

The Taken are a little more elusive but if you go to The Sludge, both of the lost sectors in that area have Taken enemies that you can farm.

Also, you’ll need to clear the Lake of Shadows strike to move past that first step of The Invitation. There are plenty of Taken for you to kill there as well.

That does it for how to get samples for The Invitation quest in Destiny 2 for PS4, Xbox One and PC. Best of luck and may the RNG gods, both new and old, be with you.